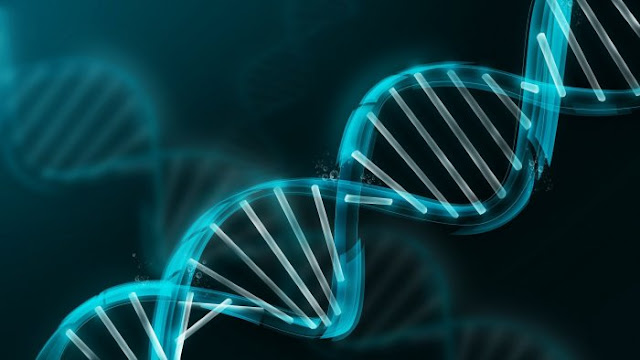 According to a new cancer study, DNA structures resembling knots and third rungs between DNA’s two strands may contribute to cancer development, and an important regulatory enzyme may be involved in the formation of these unusual structures.

The loss of TET enzymes — a family of enzymes critical for removing DNA methylation marks — has been linked to B-cell lymphoma, according to researchers at Northwestern Medicine and the La Jolla Institute for Immunology (LJI). TET enzyme activity is frequently decreased in a variety of different types of cancer. Understanding the mechanisms underlying cancer development in the absence of TET function may pave the way for the development of new drug treatment strategies for a variety of cancers.

The study was published recently in the journal Nature Immunology.

Previous research established that specific cancer cell mutations can result in the loss of TET function in patients with blood cancers and solid tumors, resulting in communication delays. Additionally, previous research has identified genomic instabilities in cancer cells, such as double-stranded breaks in the DNA code.

Vipul Shukla, an assistant professor of cell and developmental biology at Northwestern University Feinberg School of Medicine, along with Anjana Rao, a professor at the LJI Center for Cancer Immunotherapy, and Daniela Samaniego-Castruita, a graduate student at the University of California, San Diego, hoped to investigate one possible link between TET deficiency and genomic instability.

To begin, the scientist deleted two types of TET enzymes (TET2 and TET3) from mature B cells in mice. B cells are a type of white blood cell that produce antibodies for the immune system to use in fighting infection. According to Shukla, deleting TET enzymes had a profound effect on the homeostasis of B cells, resulting in the appearance of genomic instabilities.

“We observed an increase in markers associated with genomic instability, such as double-stranded breaks, in TET-deficient mice,” Samaniego-Castruita explained.

The team then performed a genomic analysis to determine what was happening at the molecular level and discovered that in the absence of TET2 and TET3, unusual structures called G-quadruplexes and R-loops began littering the DNA of B cells.

DNA is typically depicted as two parallel train rails. As proteins move along the track, reading and communicating code, they slightly separate the tracks. However, both DNA structures appeared to obstruct the cell’s ability to read DNA code. R-loops, composed of RNA, slipped into DNA as a third rail, and G-quadruplexes appeared as knots on the outer rails, obstructing the original strands’ ability to “unzip.”

“They act as impediments in the DNA and, if not resolved properly, result in genomic instability,” Shukla explained. “This study demonstrated that the accumulation of these structures may be one of the reasons TET-deficient cells exhibit increased genomic instability.”

Understanding the interaction between dangerous genomic instabilities and telltale TET mutations advances the team’s understanding of B cell malignancies.

Delaying the development of B-cell lymphoma

Shukla stated that he desired to understand why the structures formed in the first place so that his team could learn more about how to prevent them from forming in the future. They focused their attention on a regulatory enzyme called DNMT1, which appeared to change in response to TET concentrations.

The levels of DNMT1, a protein that aids in DNA methylation maintenance, were increased in TET-deficient B cells. DNA methylation is a critical regulatory mark in the genome that TET enzymes typically remove.

The researchers wanted to determine whether knocking out the DNMT1 protein in TET-deficient B cells restored the balance of G-quadruplex and R-loop structures.

DNMT1 deletion was associated with a significant delay in the development of aggressive B-cell lymphomas. As expected, it was also associated with decreased G-quadruplex and R-loop levels.

The researchers intend to continue investigating TET enzymes’ effects and believe that regulating G-quadruplexes and R-loops may be one of several mechanisms by which TET enzymes maintain genomic stability. The paper’s findings may one day be used to aid patients suffering from various types of cancer.

Ultimately, Shukla’s lab hopes to determine how drugs can be used to stabilize abnormal structures and act as an effective treatment for malignant cells in a variety of cancers. Shukla stated that there is considerable potential and much more to learn.

“The structures are opaque,” Shukla explained. “Because when most people think of DNA, they envision a four-letter linear code. However, this requires you to consider not only the sequence itself, but also the way DNA can fold into conformations other than the double helix. This study sheds new light on a previously unknown facet of genome biology.”

Shukla and his lab, who joined Northwestern from LJI, are interested in alternative structural conformations of DNA.