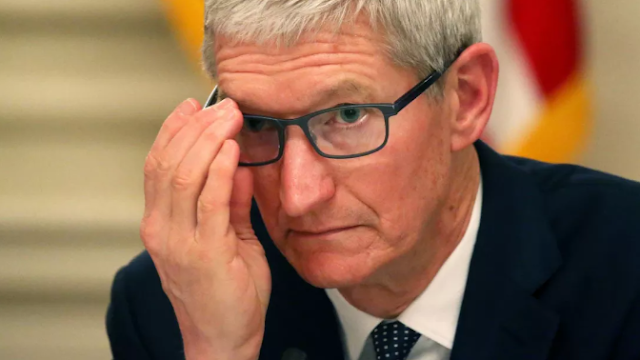 Cook personally signed the agreement in 2016, according to The Information, while on a visit to China at the time. He “personally lobbied officials,” according to reports, in response to regulatory threats against Apple Pay, iCloud, and the App Store.

In exchange for legal exemptions, Cook agreed to a “memorandum of understanding” with China’s National Development and Reform Commission.

One of the items on Apple’s promise list was to assist Chinese manufacturers in the development of advanced manufacturing technologies and the training of Chinese talent. Other items on the list were to increase the percentage of components sourced from China in its devices, to sign agreements with Chinese software companies, and to invest directly in Chinese companies. Apple also plans to invest billions of dollars in the country, with a portion of those funds going toward new retail locations, research and development centers, and renewable energy projects.

There are several ways in which Apple is said to have gained from the agreement, including the ability to retain encryption keys for iCloud user data in the region. Chinese authorities generally require foreign companies to delegate responsibility for such information to domestic organizations.

Apple has had greater success in China than most other US companies, with the company increasing its annual sales in the country by 83 percent during the fiscal fourth quarter of fiscal year 2013. But Apple has a history of submitting to the Chinese government, as evidenced by the removal of thousands of games, applications, and virtual private networks (VPNs) from its App Store at the direction of Chinese officials. Additionally, during the pro-democracy demonstrations in Hong Kong, it removed a protest app as well as the Quartz news app.