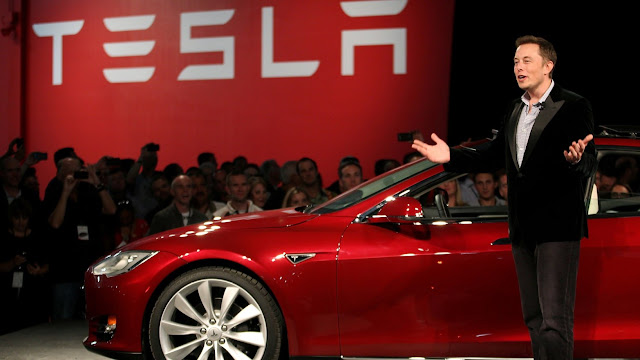 Several women working at Tesla’s Fremont, California, plant have accused the company of cultivating a culture of sexual harassment. The company is facing a new wave of lawsuits as a result of the allegations.

They claim that sexual harassment occurs at the company’s Fremont plant, as well as other locations all over the United States, according to a separate lawsuit filed on Tuesday by the six women.

Authorities claim that the company promotes a toxic workplace in which female employees are subjected to lewd remarks and catcalls, as well as physical intimacy touching and discrimination.

In less than two months, a federal jury in San Francisco found Tesla liable for nearly $137 million in racial profiling, and the sexual harassment lawsuit was filed.

A black elevator operator filed a lawsuit against the company, claiming that the company failed to address racist abuse he suffered while working at the company’s Fremont manufacturing facility.

The women claimed in this new lawsuit that they have been subjected to sexual harassment for an extended period of time and that they have complained about the harassment to management, but that nothing has been done to address the situation.

The majority of those interviewed claimed that nothing had changed and that they were too afraid to report the harassment to facility administrators because they were not only aware of the abuse but also active participants in its perpetuation.

In one instance, a woman stated that she attempted to protect herself from harassment by purchasing baggy clothing in order to keep coworkers at bay. They claim that the work environment is impeding their ability to advance in their respective fields.

Elon Musk’s Tesla and SpaceX businesses are both plagued by sexual harassment, which has spread throughout the billionaire’s businesses.

In a recent interview, Ashley Kosak, a former mission integration engineer at SpaceX, claimed that the company did nothing after receiving several complaints about sexual harassment in the workplace.

A recent essay by the author claimed that she began experiencing sexual harassment shortly after starting as an intern in 2017 and that it has continued to be a problem ever since that time.

According to her, she was inappropriately touched, gazed at, asked out, messaged on her personal Instagram account, and received a phone call at 4:00 a.m. She also claims she was sexually harassed. One of her coworkers even paid her a visit at her residence, but nothing was done.

She claims that SpaceX failed to investigate her multiple reports of sexual harassment and that “misogyny is rampant” at the company, which she believes is false.

Many of the women who filed Tesla lawsuits drew a direct line between the harassment they experienced and the actions of Tesla CEO Elon Musk, who also owns the space exploration company SpaceX.

Time magazine named Elon Musk as its Person of the Year on Monday. Musk is well-known for his bizarre and frequently obscene tweets, which have earned him the title.

In response to employee complaints, the company has stated that it takes sexual harassment allegations seriously and does not tolerate retaliation against those who come forward.