Private 5G networks are becoming a reality, and Amazon’s (AWS) wants a say in the process

Private 5G networks are becoming a reality, and Amazon’s (AWS) wants a say in the process 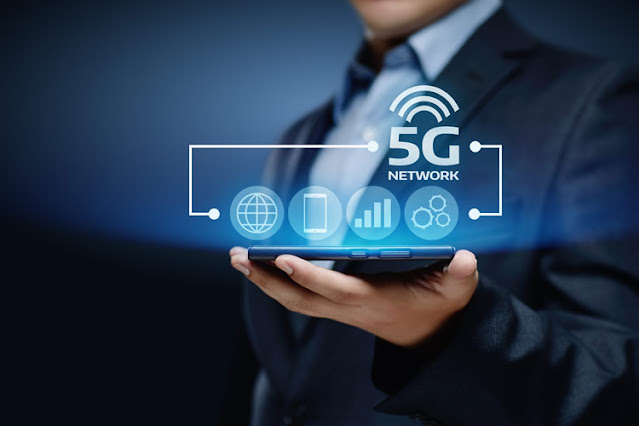 The possibility of assisting in the implementation of private 5G has been discussed by almost every major technology company, whether it be through chipsets, hardware, or some component of the numerous types of software required to implement such a solution. AWS Private 5G, which was unveiled at Amazon’s re:Invent conference last week, is a surprising and potentially game-changing new offering from the company’s AWS cloud business.

Business users will be able to deploy a new 5G network in a matter of days rather than months thanks to the new AWS service, which brings together the company’s massive cloud computing resources and pay-as-you-go business model.

When it comes to network hardware, Amazon provides the antennas and other radio-frequency (RF) components, as well as the SIM cards used to connect devices to the network. Amazon then leverages its Open RAN software and Outpost on-premise compute hardware to provide businesses with everything they need to get started. In light of the fact that all cellular networks must make use of radio frequency RF spectrum, Amazon made the wise decision to deliver the network’s wireless signals through the freely available GAA (General Availability Access) portion of the Common Broadband Radio Service (CBRS) (Citizens Broadband Radio Service).

The combination appears to be a very robust offering that significantly simplifies the process of launching a private 5G network, even if some critical details are still unknown and some critical questions remain unanswered.

Until recently, one of the most significant impediments to the development of private cellular networks of any kind was the high cost and complexity involved in their establishment. Obtaining licensed radio frequency spectrum has proven to be prohibitively expensive for the vast majority of organizations that have looked into the possibility of doing so. Amazon and the businesses that choose to test the service completely avoid those costs by utilizing the relatively new and freely available CBRS bands (which in the United States range between 3.5 and 3.7 GHz, very close to the highly coveted C-Band spectrum, also known as mid-band, that major US carriers are about to launch).

Complications associated with the network’s equipment and management software present another significant barrier for businesses interested in leveraging private 5G (or 4G) networks, as well. While corporate Wi-Fi networks have evolved to include simple network management tools, managing cellular networks requires specialized knowledge and experience that few people outside of major telecommunications companies possess. Therefore, the vast majority of organizations with private 5G networks (or aspirations to do so) seek to establish relationships with telco providers or other organizations that have extensive experience working with wireless carriers. Putting it bluntly, it’s not something that most businesses want to deal with (or are capable of doing).

While this is going on, one of the features that distinguish 5G from 4G is the network’s ability to handle more computations at the same time. Edge-based applications, for example, are designed to operate at the “edge” of a wireless network by utilizing artificial intelligence. The major carriers have begun collaborating with cloud computing providers (for example, Verizon with AWS, AT&T with Microsoft Azure, and so on) to bridge the gap between 5G wireless and cloud computing as a result of their lack of prior experience in this area.

That is one of the reasons why AWS Private 5G is such an intriguing new service. Using its cloud roots as a starting point, AWS then developed the software tools required to run telco-focused workloads, and then pieced everything together with the one element it lacked natively—antennas and hardware radio access network components—to create a fully functional solution.

To be clear, AWS is collaborating with existing RAN hardware providers rather than developing its own hardware. The identities of those partner companies, on the other hand, have not been revealed by the company. This is diametrically opposed to the traditional carrier strategy of first offering a wireless network and then acquiring the necessary computing partners, which they have clearly begun to do in the case of T-Mobile. Intel, Nvidia, Qualcomm, Dell, HPE, and Cisco, to name a few companies, have all begun collaborations with wireless service providers.

The speed with which cloud providers can develop solutions reflects the fact that they can potentially eliminate the need for carrier partners entirely. Because of the high upfront capital costs associated with private networks, Amazon’s pay-as-you-go model is more compelling for something like a private 5G network than its computing model in many ways.

As impressive as AWS Private 5G appears to be, there are a few questions that remain unanswered. To begin, while potential interference and network congestion are not currently a concern due to the low usage of the GAA portion of CBRS, as is the case with Wi-Fi and other unlicensed spectrum, those concerns could arise if a sufficient number of companies choose to take advantage of the resource. Of course, because cellular coverage is significantly greater than that of Wi-Fi, the issues are not the same as they are with Wi-Fi. They are, on the other hand, something to think about.

Another concern is that, while it is understandable for Amazon to provide SIM cards for connected devices, it raises questions about how to use devices that already have SIM cards on these networks, such as every smartphone on the planet. It is possible that devices connected to private cellular networks will need to have multiple SIM cards in order to be used on both private and existing public cellular networks in some cases. While modern phones’ eSIM capabilities may alleviate some of these concerns, there are still questions about how to provision and manage the existing SIM-equipped devices on the market today.

Finally, there are still important questions about which applications require private 5G networks and which can run just as well (and more easily) on something as simple as a new WiFi 6E network, which is currently under development. In some fields, such as manufacturing and health care, the advantages of cellular over Wi-Fi are obvious; however, in others, such as education and government, additional research will be required.

That the AWS Private 5G announcement will accelerate discussions about and early deployments of this technology is perhaps the most intriguing outcome to come out of this announcement. However, we won’t know for sure until more businesses begin to deploy their own private 5G networks, which appears to have a plethora of intriguing potential applications.