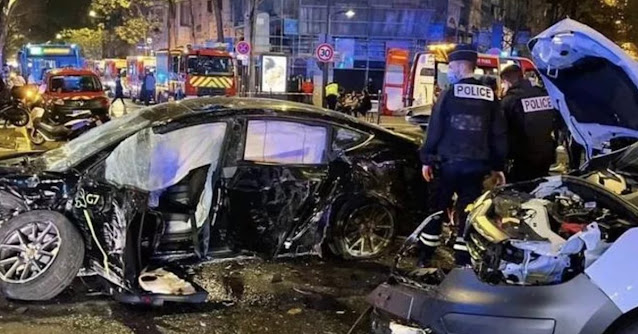 There is currently no indication that a fatal accident involving a Tesla (TSLA) Model 3 taxi in Paris was the result of a technical failure, according to France’s transport minister on Wednesday.

Following a fatal accident involving one of its drivers on Saturday, G7, a leading Parisian taxi company, has suspended the use of all 37 Model 3 cars in its fleet, according to a statement.

Transport Minister Jean-Baptiste Djebbari told RMC radio that there was “no indication” that the incident was caused by a technical problem.

Following his conversation with the CEO of Tesla Europe, the minister claimed that he learned there had been no Model 3 safety alerts.

Tesla has declined to provide any additional information on the matter. This information is gathered by the automaker from sensors and cameras in its vehicles, and it has previously used it to refute claims that accidents were caused by malfunctioning technology.

Tesla, according to Yann Ricordel, Deputy Chief Executive of the G7, stated on Monday that an initial investigation had ruled out a technical problem with the vehicle.

According to Reuters, the car, which had come to a complete stop at a red traffic light, suddenly accelerated forward, colliding with and dragging a cyclist, who died as a result of the collision and subsequent dragging.

After trying unsuccessfully to stop the vehicle by steering into nearby obstacles, such as trash bins, the driver caused additional damage, according to a police source who cited the driver’s own account as well as witness testimony and video surveillance.

It was not immediately clear if the car was in autopilot mode when the accident occurred. In accordance with a police source, the driver was found to have passed an alcohol test.

The driver’s involuntary homicide, according to a judicial source, has been the subject of an investigation.

Video of the scene obtained by Reuters showed the wreckage of a black Tesla as well as debris scattered across the street. Damage to the left-hand side of the vehicle, including a collapse of the front left wheel and shattered windscreen, was extensive.

In the video, it appears that the car collided with a white van, resulting in damage to the front end. Additionally, members of the public were seen on social media tending to the injured and shocked bystanders in the aftermath of the accident, which was captured on video.