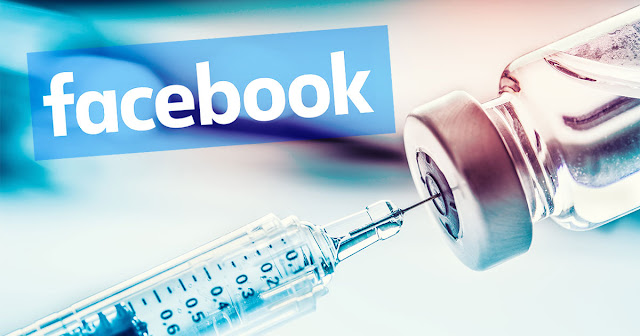 On Facebook, ads for anti-vaccine messages have been sold, as have advertisements like those equating the US government’s response to Covid-19 with Nazi Germany, casting doubt on the outcome of the 2020 election, and even advocating for political violence.

In recent years, merchandise companies that have spent hundreds of thousands of dollars on Facebook have placed advertisements on the social media platform.

When Fox News personality Lara Logan made the comparison between Dr. Anthony Fauci and a notorious Nazi doctor dubbed the “Angel of Death,” it sparked outrage. At the same time, Facebook ads for a unisex sweater emblazoned with the words “I’m originally from America, but currently reside in 1941 Germany” were running.

Another advertisement made a comparison between the vaccine rollout and the Holocaust, implying falsely and ludicrously that it is part of a plan to slaughter large numbers of individuals.

Ride the Red Wave, a Facebook page, was responsible for the advertisement’s placement on the social media platform. Early this year, the page advertised a t-shirt with the slogan “Restore the glory of hanging traitors,” which was sold for $15.

In a CNN analysis of Facebook data, “Ride the Red Wave” has generated more than $280,000 in advertising revenue since its launch in May of this year. Despite the fact that the page has fewer than 10,000 followers, the administrators of the page have the potential to reach millions of Americans by advertising on Facebook.

Since the beginning of 2019, another Facebook page, “Next Level Goods,” operated by a different company, has spent more than $500,000 on social media marketing. T-shirts opposing vaccinations are frequently advertised by the company on Facebook.

In late August, an advertisement for a t-shirt with the slogan “Proudly Unpoisoned” and an image of a syringe was displayed next to an image of a syringe. According to the company, it spent approximately $2,500 on Facebook advertising in order to reach up to 450,000 Facebook users with its anti-vaccine message. According to Facebook data, the ads were most frequently viewed by Facebook users in Texas, Florida, and California, among other states.

Facebook’s anti-vaccine misinformation policies, according to a spokesperson for Meta, the company that owns Facebook, were violated by the advertisements comparing the US Covid-19 response to Nazi Germany, vaccines to the Holocaust, and the advertisement suggesting that the vaccine was poison.

However, due to the fact that these infringing advertisements were displayed on Facebook’s platform, it appears that Facebook’s detection systems were not able to detect them.

CNN also inquired about the ad, which read “Make Hanging Traitors Great Again,” but Facebook did not respond to a request for comment on whether the ad violated the company’s terms and conditions.

Facebook has publicly praised the ostensibly beneficial role it is playing in encouraging Americans to get vaccinated, a role that has been criticized in the past. A blog post written in July by Guy Rosen, the company’s vice president of integrity, called out President Joe Biden for asserting that social media platforms such as Facebook are responsible for the deaths of people. Biden later retracted his statement.

Facebook advertising researcher Laura Edelson, who works at New York University, told CNN that the social media platform does not manually review all of the advertisements it sells, which is one of the reasons why ads that violate the platform’s rules are allowed to run.

Additionally, she noted that Facebook appears to be more lenient with ads from seemingly commercial pages, such as those that sell t-shirts, when compared to ads from pages associated with political campaigns.

T-shirts, rather than straight persuasion advertisements, contain “a lot more of the truly powerful rhetoric,” according to CNN’s Sarah McLachlan.