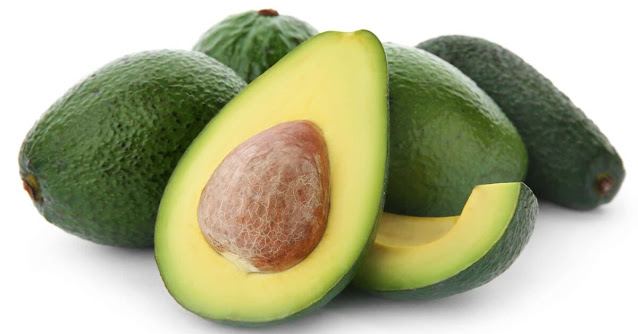 A novel study by researchers at the University of California San Diego School of Medicine and the Herbert Wertheim School of Public Health and Human Longevity Science compared the potential health effects of avocado consumption between families who consumed a low allotment (three avocados per week) and families who consumed a high allotment (14 avocados per week) over a six-month period was conducted. Each family had ancestors who were of Mexican descent.

In their research, they discovered that families who ate a lot of avocados had lower caloric intake overall, which allowed them to eat less of other foods such as dairy, meat, and refined grains, which also had lower intakes of negative nutrients such as saturated fat and sodium.

Researchers believe that their findings, which were published on November 11, 2021 in the online edition of Nutrients, may provide insight into how to more effectively address the burgeoning public health problems of obesity and related diseases, particularly in high-risk communities.

The Hass Avocado Board contributed to the study’s funding, but had no involvement in its design, data collection, analysis, or interpretation, or in the writing of the findings or publication of the findings. Avocados, on the other hand, were provided free of charge by the board for the trial.

UC San Diego School of Medicine senior author Matthew Allison, MD, professor and chief of the Division of Preventive Medicine in the Department of Family Medicine, stated that there has been a paucity of data on the effect of avocado consumption on family nutritional status. “This study fills that void,” Allison said.

“Recent clinical trials have focused on individuals, primarily adults, and have been limited to changes in blood markers associated with cardiometabolic disease as the primary outcome. The findings of our trial demonstrate that nutrition education combined with a high avocado intake can significantly reduce total caloric energy consumption in families of Mexican heritage.”

Avocados are considered to be nutritional powerhouses. Its buttery, soft interiors are bursting with vitamins C, E, K, and B6, as well as riboflavin, niacin, folate, pantothenic acid, magnesium, potassium, lutein, beta carotene, and omega-3 fatty acids, to name a few of the nutrients found within.

Half of a medium-sized fruit provides up to 20% of the daily fiber recommendation, 10% of the potassium, 5% of the magnesium, 15% of the folate, and 7.5 grams of monounsaturated fatty acids recommended by the American Heart Association.

It took 72 families (231 individuals) to participate in the study. Each family had at least three members over the age of 5, lived in the same house, was free of severe chronic disease, did not follow any special diets, and identified themselves as being of Mexican descent. Families were randomly assigned to one of two allotment groups for a period of six months, during which time both groups received biweekly nutrition education sessions.

The decision to concentrate on families with Mexican ancestry was prompted by two factors: The first point to mention is that Hispanic/Latino people in the United States have a higher adjusted obesity prevalence and a lower intake of critical nutrients than people from other demographic groups in this country. Second, as Hispanic/Latino immigrants become more acclimated to their new environment, the nutritional quality of their diets deteriorates as they adopt a Western dietary pattern that is high in refined carbohydrates and animal-based fats.

In this study, the researchers wanted to see if increasing but not excessive consumption of a single nutrient-dense food could significantly improve overall health while simultaneously reducing disparities in diet-related health. In addition to being domesticated thousands of years ago in Mexico and parts of Central and South America, avocados were selected as a traditional plant food due to their nutritional value.

The researchers discovered that increasing avocado consumption appeared to increase satiety — the sensation of being full after eating — even though there was no difference in body mass index or waist circumference between the two groups during the trial. Consumption of fats and some dietary fibers, such as those found in avocados, can have an impact on total energy intake (the total amount of food consumed) by interfering with gastrointestinal functions, such as slowing gastric emptying, regulating glucose and insulin reactions, prolonging nutrient absorption, and modulating important peptide hormones that signal fullness.

It is noteworthy that the study found that families who consumed more avocados consumed less animal protein, specifically chicken, eggs, and processed meats, which are typically higher in fat and sodium. As recommended by current nutrition guidelines, fat and sodium intake should be reduced simultaneously.

Surprisingly, those who consumed a lot of avocados had lower calcium, iron, sodium, vitamin D, potassium, and magnesium intakes, which the researchers believe may be related to the fact that they ate less of the fruit overall.

However, despite the study’s mixed findings and limitations, the researchers asserted that the trial could be used to help current public health efforts to reduce saturated fat and sodium consumption, both of which are exceeding nutritional guidelines on a national level; The participants also showed high levels of adherence to the study protocols, demonstrating the importance of using a single, nutrient-dense plant food that is already familiar and preferred by the participants.

“Expanding the testing of the effect of a culturally appropriate plant-foot on energy intake to other populations is recommended,” the authors wrote.