5 things you should be aware about Twitter’s new CEO, Parag Agrawal

5 things you should be aware about Twitter’s new CEO, Parag Agrawal 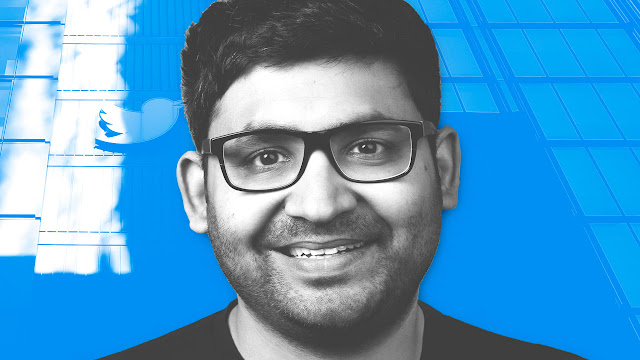 Founder and CEO Jack Dorsey announced his resignation on Monday after 15 years at the helm of Twitter. Dorsey said the company has outgrown its founders, as all businesses do, and the time is right for him to step down — in part because he has faith in Parag Agrawal, the company’s chief technology officer.

He started his professional career as a product engineer at Twitter

Agrawal joined the social media behemoth in 2011 as an engineer and was promoted to the position of chief technology officer in 2017. The incoming CEO, Jack Dorsey, is said to be friendly with him and to share his vision for the company’s future.

In his resignation email, Dorsey expressed his admiration for Agrawal’s rise to prominence at Twitter. He started as an engineer who was enthusiastic about our work and has progressed to become our CEO (I followed a similar path, but he did it even better!) “This alone gives me a great sense of accomplishment,” he wrote.

Agrawal is now the youngest CEO of a Fortune 500 company

As a result of his appointment as Dorsey’s successor, Agrawal, 37, became the youngest CEO in the S&P 500 — but only by a hair, according to Bloomberg News, which reached out to Twitter for confirmation of Agrawal’s exact birth date and was informed that he was born later in 1984 than Meta (formerly Facebook) CEO Mark Zuckerberg, who is also 37.

According to a company release, Agrawal was in charge of Twitter’s “technical strategy,” which included “leading efforts to increase development velocity while advancing the state of Machine Learning across the company.”

The reality is that Agrawal has contributed to some of Twitter’s most forward-thinking projects, such as those involving machine learning, digital currencies, and cloud computing, and has played a critical role in the company’s push for “decentralization” of social media platforms.

Particularly noteworthy is Agrawal’s advocacy for and encouragement of Twitter to fund a technology project called Bluesky. Bluesky aims to build that future by developing an open-source and independent social media networking protocol that can be used by a variety of companies.

President Donald Trump was suspended from Twitter in January after the Jan. 6 riots at the United States Capitol, with the company accusing him of inciting violence. Twitter CEO Jack Dorsey argued that the move was both necessary for the company and set a dangerous precedent for the “open internet.”

However, while Agrawal has been appointed as the company’s new CEO, he tweets infrequently, having posted only 3,239 times in 13 years, compared to Dorsey, who has posted more than 28,000 times. (Dorsey has been on Twitter for about two years longer.)

Agrawal was named CEO shortly after and some conservatives in the United States expressed outrage over some of his previous tweets shortly after that.

“If they are not going to distinguish between Muslims and extremists, then why should I?” Agrawal asked in a tweet from October 2010. However, despite the fact that Agrawal’s statement was taken directly from an episode of “The Daily Show” that dealt with harmful stereotypes, some Twitter users speculated that Agrawal might be prejudiced against white people. Senator Marsha Blackburn (R-Tenn.) took issue with another of Agrawal’s tweets, this one about religion, and the House Judiciary Republican account tweeted a screenshot of Agrawal’s 2010 tweet, in which he was compared to Twitter founder Jack Dorsey.

Twitter did not respond to a request for comment on the intended meaning of the tweets, despite repeated attempts.

When asked about the company’s “ambitious goals,” Agrawal responded with a message to his employees that were also shared on Twitter, in which he stated that the most difficult part would be putting the strategy in place to make those goals a reality.