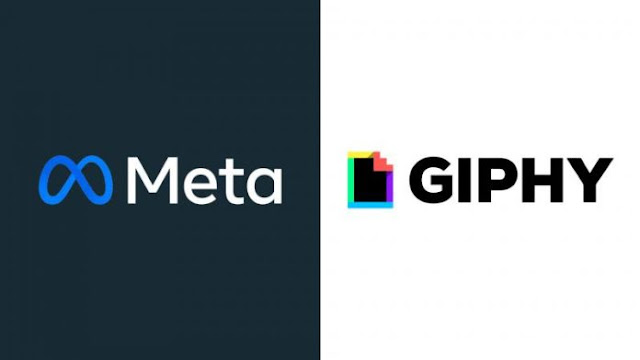 Because of Facebook’s enormous market dominance, regulators have long threatened to dismantle the company (now known as Meta), which has now happened. An official group has taken action, ordering the company to unwind its acquisition of Giphy, citing concerns that the transaction would harm competitors.

It was announced on Tuesday by the United Kingdom’s Competition and Markets Authority that Meta’s control of the popular search engine for GIFs — short, looping videos and animations — would reduce competition among social media platforms and had already eliminated one potential competitor in the advertising market.

GIF-maker Giphy was purchased by Facebook (FB) for $315 million in 2020. It intended to integrate the service with Instagram, which would make it easier for users to find relevant GIFs for their stories and direct messages, according to the company’s website.

In the face of intense antitrust scrutiny from governments around the world, Meta’s ambitions have been dashed, and the ruling could serve as a red flag for other Big Tech companies considering acquisitions in this regulatory environment.

During the initial announcement of the deal, Facebook stated that it would continue to provide third parties with the same level of access to Giphy’s content that it had previously granted them. The CMA, on the other hand, stated that it was investigating the acquisition less than a month after it had been announced.

It said in a statement that after consulting with interested businesses and organizations — and taking into account alternative solutions proposed by Facebook — the CMA has concluded that only a sale of Giphy in its entirety to an approved buyer will adequately address the agency’s concerns about competition.

During a press conference on Tuesday, the technology company stated that it disagreed with the CMA’s findings and that it was considering “all available options,” including an appeal.

An official from Meta said that the company’s “infrastructure, talent, and resources benefit both consumers and Giphy.” With their combined efforts, Meta and Giphy will improve Giphy’s product for the millions of people in the UK and around the world who use Giphy on a daily basis, including individuals, businesses, programmers, and API partners, while also providing more options for everyone.

It stated in its initial report, which was published in August, that Facebook’s control over Giphy could allow it to deny access to GIFs to other social media platforms because of its control over Giphy. As of right now, Giphy’s services are integrated with the iMessage and Slack platforms from Twitter, Snapchat, and Apple (AAPL), as well as other platforms (WORK).

The CMA stated in its findings that Meta’s market power would be significantly increased as a result of the acquisition of Giphy. Additionally, as a result of the increase in traffic to social media platforms such as Facebook, WhatsApp, and Instagram, Facebook would be able to require competitors such as TikTok, Twitter, and Snapchat (SNAP) to provide additional user information in order to access GIFs.

Also discovered by the Competition and Markets Authority (CMA) was that Giphy had launched innovative advertising services prior to the merger and was considering expanding into new markets, including the United Kingdom. Giphy allowed companies such as Dunkin’ Donuts and Pepsi (PEP) to promote their products through the use of visual images and GIFs, and it had the potential to compete with Facebook’s own display advertisement services.

The CMA noted that, at the time of the merger, Facebook terminated Giphy’s advertising services, effectively eliminating a significant source of potential competition.

“The CMA considers this to be particularly concerning in light of Facebook’s near-monopoly on the £7 billion [$9 billion] display advertising market in the United Kingdom,” the regulator said in its statement.

Meta has already incurred significant expenses as a result of the legal battle with the United Kingdom’s regulatory authorities. The company was fined $70 million by the Competition and Markets Authority (CMA) in October for repeatedly disregarding warnings and violating its rules.

According to the CMA, Facebook “consciously” withheld information that was necessary during the Giphy probe.