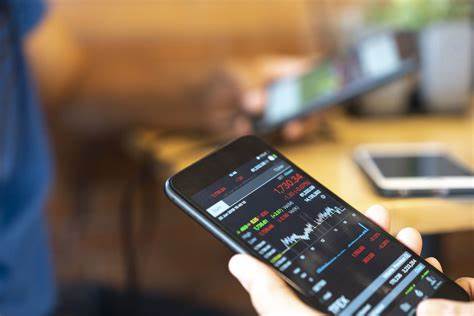 This is one of the drawbacks of apps that facilitate tasks such as ordering food or purchasing stocks and cryptocurrencies: When something goes wrong, what happens?

It can be a frustrating process, navigating through menu after menu in the hopes of reaching someone who can help you solve the problem. It’s also something that upstart companies that are upending the investment and trading industries are increasingly acknowledging as a fact of life.

In a Tuesday announcement, Robinhood, the app that assists more than 22 million people in trading stocks and cryptocurrencies, stated that it will now provide 24/7 phone support to its customers to address nearly every issue. It comes as a result of a recent announcement by Coinbase, a cryptocurrency trading platform, which stated that it would provide 24/7 phone service to many customers by the end of the year if demand warranted.

Several months before its own stock began trading on the public market for the first time, Robinhood cited “concerns about limited customer support” as one of the company’s difficulties. Earlier this year, Robinhood reached a settlement with the family of a 20-year-old who committed suicide after his emails to the company’s customer support about a $730,000 negative balance on his account received only automated responses.

In the beginning, the only way to communicate with Robinhood’s customer support was through email; however, the company has recently increased the availability of live phone support.

“It takes time to build a great support organization, especially in a highly regulated industry,” said Gretchen Howard, the chief operating officer of Robinhood Market Inc. Agents, for example, must be licensed, and Robinhood more than tripled its number of customer-support employees between March 2020 and June 2021, bringing the total to nearly 2,700 during that period.

Because Robinhood has such a large number of first-time investors as part of its customer base, many of the customer questions that come in are about setting up a bank account or going through tax reporting for the first time. However, demand can fluctuate dramatically from day to day.

“If someone famous tweets about cryptocurrency, our crypto volumes can increase by a factor of ten in an instant,” Howard explained.

Customers who are logged into the Robinhood app can now request a callback from a customer service agent. During the process, the app will also attempt to assist customers in resolving the issue on their own, if at all possible. Founded in Menlo Park, California, the company is still figuring out how to provide live phone service to customers who are unable to access their accounts through a web browser.

William Van Horn II, a 30-year-old resident of Pensacola, Florida, has already had several positive experiences with Robinhood’s customer service. He hasn’t always been pleased with the results.

He claimed that he once made the mistake of depositing $1,000 into his account instead of $100. He immediately sent an email to customer service in the hopes of having the deposit refunded to him. His phone call eventually connected him with a representative who attempted to walk him through a number of steps. Van Horn, on the other hand, claims that he was never able to cancel the $1,000 deposit or, at the very least, recover the additional $900.

The fact that Van Horn has additional complaints about Robinhood’s customer service has not been enough to convince him to stop using the application.

In his opinion, “customer service is lacking,” but the interface is still “pretty much the best in terms of mobile use,” as he explained.