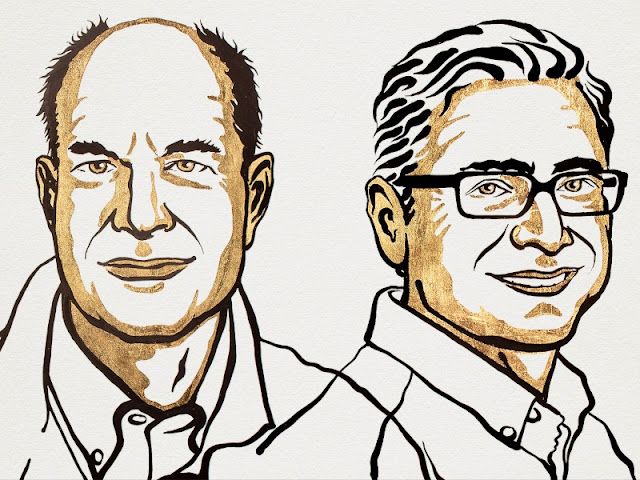 David Julius and Ardem Patapoutian have been awarded the 2021 Nobel Prize in physiology and medicine for their discoveries of temperature and touch receptors.

The two scientists from the United States were recognized for their work describing how humans perceive heat, cold, touch, and pressure via nerve impulses.

Julius is a University of California, San Francisco, professor. Patapoutian is a professor at Scripps Research in La Jolla, California, and a member of the Howard Hughes Medical Institute.

“Our ability to perceive heat, cold, and touch is critical for survival and underpins our interaction with the world,” the Nobel Assembly stated in a statement announcing the award.

The findings will be critical in the development of treatments for chronic pain and other conditions, according to Professor David Paterson, president of the United Kingdom’s Physiological Society.

“How we perceive temperature, touch, and movement are some of humanity’s great mysteries,” Paterson said.

The Nobel Assembly’s secretary general, Thomas Perlmann, stated that the discovery “nature’s mysteries are revealed… It explains how these stimuli are converted into nerve signals on a molecular level. This is a significant and life-changing discovery.” 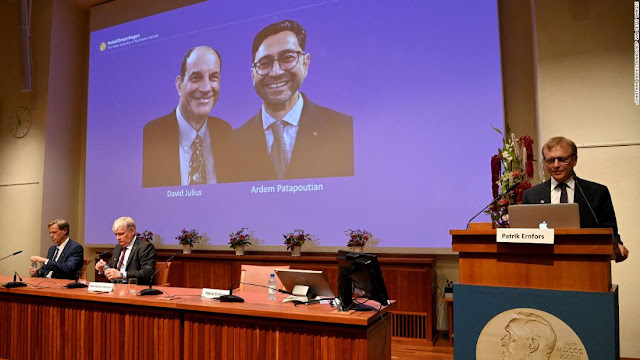 Julius’ pioneering work with the humble chili pepper – or more precisely, capsaicin, the pungent compound that causes a burning sensation when we eat the peppers – served as the starting point for the pair’s groundbreaking discoveries.

“It was a very clever move, as chili peppers, or the capsaicin contained in them, were known to stimulate nerves or cause pain. David Julius believed that if we truly understood the molecular mechanisms underlying this phenomenon, we could achieve a breakthrough “Perlmann explained the situation to CNN.

Julius and his colleagues compiled a database of millions of DNA fragments corresponding to genes expressed in sensory neurons that respond to pain, heat, and touch. They then inserted genes from this collection into cells that normally do not react to capsaicin in order to isolate the single gene responsible for the sensitivity.

Julius later discovered that the capsaicin receptor they discovered is also a heat-sensing receptor, activating at painful temperatures, the Nobel Committee stated.

“That was the path to these discoveries — the sensing mechanism that enables nerves to be activated in the first place. When we are exposed to stimuli of various types — thermal, mechanical, tactile, and pressure. Although the chili pepper served as the handle, the discovery was much more profound “As Perlmann stated.

Patapoutian’s research resulted in the identification of sensors in the skin and internal organs that respond to “mechanical stimuli” such as touch and pressure.

He and his colleagues identified a cell line that reacted to being poked with a micropipette. The team then identified 72 candidate genes for receptors and “switched them off” one by one to determine which one encodes mechanosensitivity.

Abdel El Manira, an adjunct member of the Nobel Committee for Physiology and Medicine, noted that the discoveries were made more than a decade ago but were especially poignant in light of the coronavirus pandemic.

“The time has come (for it to be recognized). It fundamentally altered our perception of the world… We’ve been missing our sense of touch in the last year — for example, during a hug. These are the receptors that provide us with the sensations of warmth and proximity “‘He stated.

Mike Caterina, the Solomon H. Snyder professor of neurosurgery at Johns Hopkins School of Medicine, was a postdoctoral researcher in Julius’s lab in the mid-1990s, when the first discoveries about capsaicin in chili peppers were made.

“It was considered a holy grail in the field of pain. Although people were aware of the receptor’s existence, there was no molecular handle “As Caterina stated.

“The sensation we get when we eat spicy food is so familiar, it holds such personal and cultural significance for so many people, and everyone has a hot food story and has felt the pain of extreme heat.”

“However, the fact that those two very tangible experiences can be explained by a single molecule is what made that work so exciting to us.”