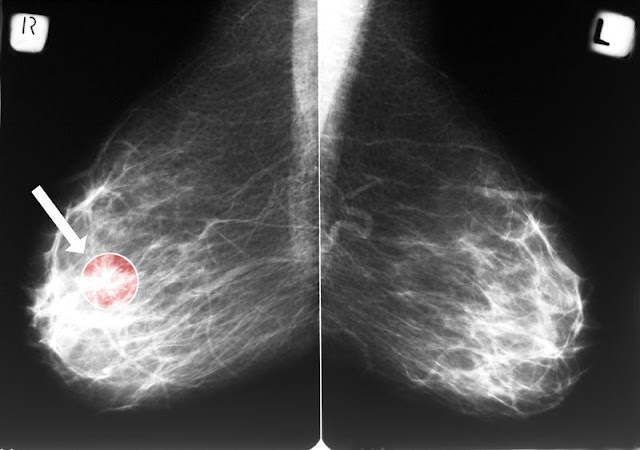 Using artificial intelligence (AI), it can quickly and accurately sift through breast MRIs in women with dense breasts to eliminate those who do not have cancer, allowing radiologists to devote their time and attention to more complex cases, according to a new study published in the journal Radiology.

An automated system that makes use of artificial intelligence is discovered to be of value.

Mammography has contributed to a reduction in breast cancer deaths by allowing for early detection of the disease when it is most treatable. Women with extremely dense breasts, on the other hand, are less sensitive to the sensation than women with fatty breasts. Women who have extremely dense breasts are three to six times more likely than women who have breasts that are almost entirely fatty, and are two times more likely than the average woman to develop breast cancer.

Increased sensitivity of cancer detection in women with extremely dense breasts can be achieved through additional screening. The Dense Tissue and Early Breast Neoplasm Screening (DENSE) Trial, a large study based in the Netherlands, found evidence to support the use of supplemental screening with magnetic resonance imaging (MRI).

“The DENSE trial demonstrated that additional MRI screening for women with extremely dense breasts was beneficial,” said Erik Verburg, M.Sc., of the Image Sciences Institute at the University Medical Center Utrecht in the Netherlands, who led the research. In contrast, the DENSE trial confirmed that the vast majority of screened women did not have any suspicious findings on MRI, according to the study’s findings.

Because the majority of MRIs show normal anatomical and physiological variation that may not necessitate radiological review, methods for triaging these normal MRIs are required in order to reduce radiologist workload.

Verburg and colleagues conducted the world’s first study of its kind to determine the feasibility of an automated triaging method based on deep learning, a sophisticated type of artificial intelligence. Their deep learning model was developed and trained using breast MRI data from the DENSE trial, which allowed them to distinguish between breasts with and without lesions. It was trained on data from seven hospitals and tested on data from an eighth hospital before being released into the wild.

Over 4,500 MRI datasets of extremely dense breast tissue were included in the study. 838 of the 9,162 breasts had at least one lesion, with 77 of those being malignant, while 8,324 of the breasts were free of lesions.

The deep learning model classified 90.7 percent of the MRIs with lesions as non-normal and forwarded them to radiological review for further evaluation. Without missing any cancers, it dismissed approximately 40% of the lesion-free MRIs.

Using artificial intelligence, Verburg and colleagues demonstrated that it is possible to dismiss breast screening MRIs without missing any malignant disease. “The outcomes were better than we had anticipated. Forty percent is a reasonable starting point. “However, we still have a 60 percent improvement opportunity.”

According to Verburg, the AI-based triaging system has the potential to reduce radiologist workload by a significant amount. In the Netherlands alone, nearly 82,000 women may be eligible for biennial magnetic resonance imaging (MRI) breast screening based on the density of their breasts.

In the beginning, “the approach can be used to assist radiologists in decreasing overall reading time,” Verburg explained. Because of this, more time could be made available for concentrating on the more complex breast MRI examinations.

It is the researchers’ intention to validate the model using additional datasets and to use it in subsequent screening rounds of the DENSE trial.