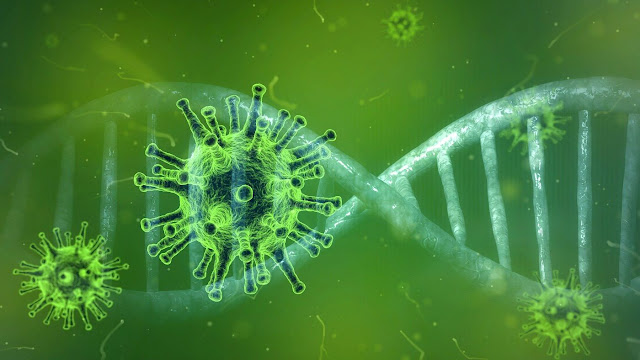 A new sensor can determine not only the presence of a virus, but also its infectiousness – a critical distinction for containing viral spread.

The sensor, developed by researchers at the University of Illinois Urbana-Champaign and collaborators, uses specially designed DNA fragments and nanopore sensing to rapidly target and detect infectious viruses without the need to pre-treat samples. They demonstrated the sensor’s effectiveness against two major viruses that cause infections worldwide: the human adenovirus and the COVID-19 virus.

Yi Lu, an emeritus professor of chemistry, and Benito Marinas, a professor of civil and environmental engineering, co-led the work with Lijun Rong of the University of Illinois Chicago; Omar Azzaroni of Argentina’s National University of La Plata; and Mara Eugenia Toimil-Molares of Germany’s GSI Helmholtz Centre for Heavy Ion Research. They published their findings in Science Advances.

“The infectivity status is critical information because it indicates whether patients are contagious or whether an environmental disinfection method is effective,” said Ana Peinetti, the study’s first author and a postdoctoral researcher at the University of Illinois. She is now the director of a research group at Argentina’s University of Buenos Aires. “Our sensor is built around two critical components: highly specific DNA molecules and ultrasensitive nanopore technology. We developed these highly specific DNA molecules, dubbed aptamers, that are capable of not only recognizing viruses but also distinguishing their infectivity status.”

Although PCR tests are considered the “gold standard” for viral detection, they cannot determine whether a sample is infectious or whether a person is contagious. This can make tracking and containing viral outbreaks more difficult, the researchers said.

“It has been demonstrated that the level of viral RNA in the virus that causes COVID-19 has a negligible correlation with the virus’s infectivity. When a person is first infected, the viral RNA is very low and difficult to detect, but the person is extremely contagious,” Lu explained. “When an individual has recovered and is no longer infectious, the viral RNA level can be extremely high. Antigen tests follow a similar pattern, though they are performed significantly later than viral RNA tests. As a result, both viral RNA and antigen tests are ineffective at determining whether or not a virus is infectious. This may result in a delay in treatment or quarantine, or in the premature release of individuals who are still contagious.” 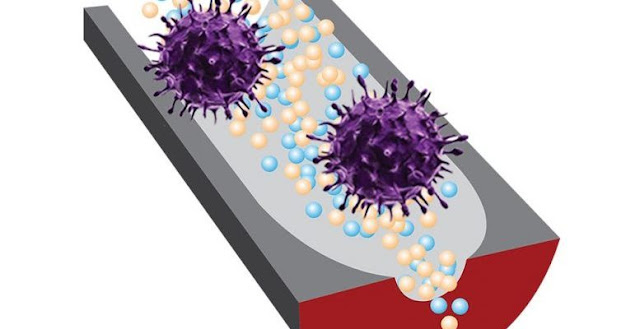 Plaque assays, which detect infectious viruses, are available but require special preparation and several days of incubation to produce results. According to the researchers, the new sensing method can produce results in 30 minutes to two hours and, because it does not require pretreatment of the sample, it can be used on viruses that do not grow in the laboratory.

Distinguishing infectious from noninfectious viruses and detecting trace amounts of other contaminants in untreated samples is critical not only for rapid diagnosis of patients in the early stages of infection or who remain contagious following treatment, but also for environmental monitoring, Marinas explained.

“We chose human adenovirus to demonstrate our sensor because it is an emerging waterborne viral pathogen that is causing concern in the United States and around the world,” Marinas explained. “The ability to detect infectious adenovirus in the presence of viruses rendered non-infectious by water disinfectants and other potentially interfering background substances in wastewaters and contaminated natural waters represents a novel approach that is unprecedented. We believe that such technology has the potential to provide more robust protection for the environment and public health.”

According to the researchers, the sensing technique could be applied to other viruses by tweaking the DNA to target different pathogens. Similar to the RNA probes used in PCR tests, the DNA aptamers used in the sensor can be readily synthesized using widely available DNA synthesizers. Nanopore sensors are also commercially available, which simplifies the scalability of the sensing technique, according to Lu, who is now a professor at the University of Texas at Austin.

The researchers are currently working to enhance the sensors’ sensitivity and selectivity, as well as to integrate their DNA aptamers with alternative detection methods, such as color-changing dipsticks or sensors that work with smartphones, in order to eliminate the need for specialized equipment. With the ability to distinguish between noninfectious and infectious viruses, the researchers hope their technology will aid in the understanding of infection mechanisms.

Additionally, the aptamer technology could be further developed into multichannel platforms for the detection of other emerging waterborne viral pathogens of public and environmental health concern, such as norovirus and enteroviruses, as well as variants of the virus that causes COVID-19, Marinas said.