Why Overnight Charging of Phone Is Bad

Why Overnight Charging of Phone Is Bad 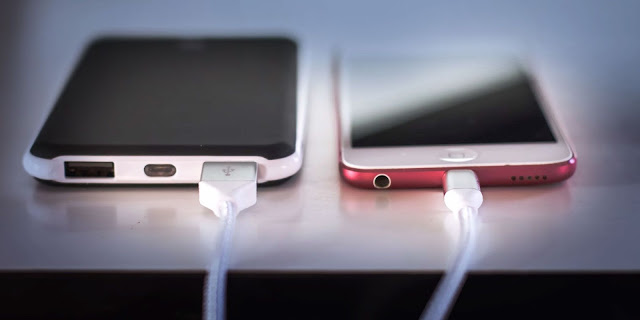 How do you charge your smartphone’s battery? While it may seem beneficial to charge your phone while you sleep in order to keep it charged to 100 percent actually harms your battery and shortens its life.

Here’s the truth about keeping your smartphone battery in good condition—and why you shouldn’t charge your phone overnight.

You want your technology to be usable for as long as possible; tampering with your device will void any warranties you may have. Getting the most out of your battery is becoming increasingly important as the majority of people are uncomfortable changing their default battery settings.

Despite the fact that they are not in use, rechargeable batteries gradually lose capacity over time. After the first year of regular use, you’ll notice a decrease in storage capacity. Once you pass the two-year mark, many people find it impossible to get through an entire day on a single charge.

Most rechargeable technology is powered by lithium-ion (Li-Ion) batteries, which are particularly popular in smartphones and tablets. Lithium-Ion batteries can be found in a variety of products, including smartphones, vaporizers, laptops, Tesla vehicles, and even chainsaws.

The 18650 Li-Ion battery is the most widely used Li-Ion battery. It can take between 300 and 500 full charge cycles before the battery’s capacity is reduced to approximately 75% of its maximum capacity. It is at this point that major flaws begin to manifest themselves.

The Degradation of Rechargeable Lithium-Ion Batteries

Lithium-Ion Polymer batteries, which are used in smartphones and tablets, are a variation of the Lithium-Ion battery (Li-Poly). This version is safer, smaller, and charges faster than the previous one. Otherwise, the same rules that apply to any Li-Ion battery apply to Li-Poly batteries as they do to any other Li-Ion battery.

When you regularly charge your battery past 80 percent and allow it to drop below 20 percent, your battery degrades at the fastest rate. Your device performs best when it is charged to 50% of its capacity.

If you want to extend the life of your battery, avoid going to extremes. The sum of all partial charges and discharges that add up to 100 percent counts as a single complete cycle. In theory, you could get 1,000 full cycles or more out of your battery by charging and discharging it only partially, between 20 and 80 percent of the way. Over the course of nearly three years, this amounted to daily charges of nearly $3,000.

As a result, either extreme is detrimental to the battery’s performance: you’re jeopardizing the cell’s integrity by over-stuffing a layer with Lithium, which increases internal resistance.

Why Shouldn’t You Charge Your Phone Overnight?

When you go to bed, unplug your phone and recharge it when you wake up. This could occur during your morning routine, while at work, or while watching television in the evening.

While charging your device may take an hour or so, leaving it plugged in while you sleep keeps it connected to the charger for much longer.

No, the battery on your phone cannot be overcharged. Manufacturers incorporate safeguards to prevent this. However, charging to 100% adds “trickle charge,” or enough additional energy to compensate for the energy your device consumes by default. By charging your phone to 100% and leaving it plugged in, you’re overcharging it and forcing it to expend energy when it isn’t necessary.

This is in addition to the fact that if you leave it plugged in overnight, you will almost certainly exceed the recommended charge of 80%.

Prolonged charging may also result in an increase in temperature, which degrades your battery naturally. In extreme cases, it can also be dangerous—especially if you keep your phone under your pillow.

If possible, avoid leaving your device under your pillow entirely. Lack of airflow not only puts your battery at risk of damage, but also increases the risk of fire.

You should avoid subjecting your phone to extremes. Temperatures between 32 Fahrenheit (0 Celsius) and 158 Fahrenheit (70 Celsius) accelerate the degradation of your Li-Ion battery. Avoid sunbathing alongside your phone that is heating up, and avoid leaving it in your car on a hot or cold day.

Is it possible to use applications while your phone is charging?

While your device is charging, you should refrain from engaging in any high-intensity activities. Realistically, a large number of people do. Nonetheless, doing so on a regular basis can cause irreversible damage.

This is analogous to overclocking the CPU of your computer. Consider the consequences of having too many applications running at the same time: the computer will become hot and will not function properly. This will also increase the amount of the “trickle charge.”

The temptation to watch YouTube videos or advance to the next level in your favorite game while your computer is connected is strong, but it is not worth negatively impacting your battery’s performance.

The answer will, of course, vary depending on how long you intend to use your smartphone. Some users only keep their devices for as long as their contracts are renewed, which is usually every two to three years for them. Using apps while charging on a regular basis will cause your phone to become noticeably slower in its second year.

If you want to be able to use your phone for an extended period of time, avoid using apps while it is charging.

In any case, checking your messages or emails should be sufficient. Simply put, avoid doing anything that requires a lot of energy.

Will Your Phone Stop Charging at 80 Percent?

Batteries are rarely allowed to be used to their full capacity by the companies that make them. It would be foolish to deplete the lithium ions in a layer to a dangerously low level. Despite this, your display will still show 100 percent when it has reached the maximum capacity it is permitted to display.

You can avoid charging your device beyond the recommended 80 percent capacity by following one simple rule: keep a close eye on it at all times!

Isn’t it true that it’s not ideal? Nonetheless, you can use software to assist you in changing your charging habits.

Accubattery, an Android app, provides suggestions for improving your battery’s performance as well as the ability to set capacity percentage alarms.

Apple’s iOS operating system has fewer options, but you could use FruitJuice to extend the life of your Mac at the very least.

Some laptops have BIOS settings that allow you to configure the maximum percentage of battery charge that the laptop will accept. The Lenovo Energy Management software, for example, simplifies this process for Windows users. Install this and select Optimize for Battery Lifespan so that your laptop battery stops charging when it reaches 80 percent of its capacity.

Improve the longevity of your battery by following these steps

So, what are some tips for extending the life of your smartphone’s battery? Here are a few straightforward suggestions.

In the short term, you may not notice much of a difference between the two options. However, you’ll be pleased if your phone can still operate for an entire day on a single charge after a year.