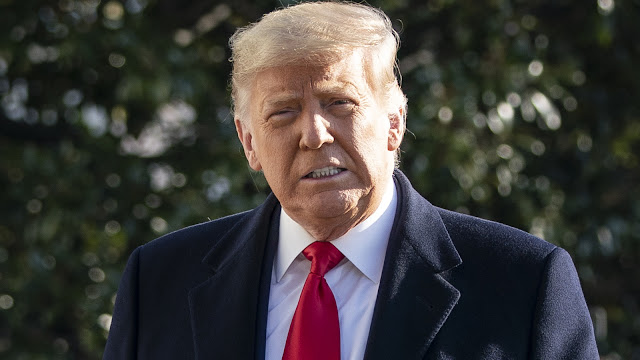 Former President Donald Trump has vowed to use “executive privilege” to prevent the House Select Committee on Investigations into the January 6 attack on the United States Capitol from subpoenaing four of his former advisers.

“Antifa” and Black Lives Matter, two loosely organized, decentralized groups that were not involved in the January 6 uprising, were targeted by Trump, who promised to use powers he once wielded as president to “fight” the subpoenas while suggesting that the 1/6 committee issue subpoenas to them.

Trump issued a statement shortly after the subpoenas were issued, saying, “We will fight the Subpoenas on Executive Privilege and other grounds, for the good of our Country, while we wait to find out whether or not Subpoenas will be sent out to Antifa and BLM for the death and destruction they have caused in tearing apart our Democrat-run cities throughout America.”

In addition, he expressed hope that the Unselect Committee would call witnesses regarding the Rigged Presidential Election of 2020, which he believes is the primary reason that hundreds of thousands of people traveled to Washington, D.C. in the first place. “Permit the American people to see the real facts, which they will not be able to do because the Fake News will not write about them. The Witch Hunt will never be put to an end!”

Representative Bennie Thompson sent letters to each of the former Trump administration officials on Thursday, giving them until October 7 to comply with the subpoenas by producing documents related to the breach of the Capitol building on January 6, 2017, and the days leading up to it. The dates for all four men’s depositions were set for October 14 and October 15, respectively.

Despite the fact that a legal battle is almost certain to ensue, it is not clear that Trump has any executive privilege given that he is now a former president, with the privilege currently belonging to Biden and those serving in the executive branch under him, according to the Washington Post.