Theory of Mind: Children Do Not Understand Concept of Others Having False Beliefs Until Age 6 or 7

Theory of Mind: Children Do Not Understand Concept of Others Having False Beliefs Until Age 6 or 7 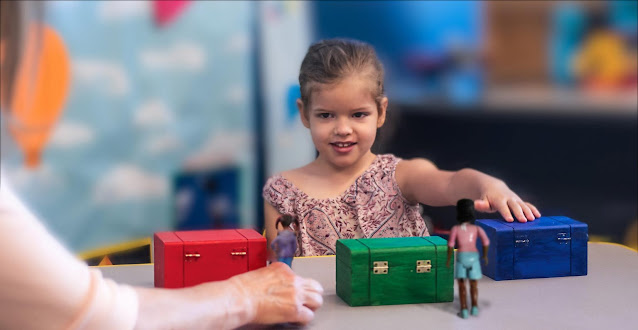 Decades of research indicating that children as young as four years old possess theory of mind have been overturned by new developmental psychology work.

Having a theory of mind entails comprehending how others think, including their capacity for false belief.

By the age of four, children can correctly answer: Maxi will look in the blue box.

However, do young children truly comprehend that because Maxi did not witness his mother move the chocolate, he believes it remains in the blue box?

According to William Fabricius, an associate professor of psychology at Arizona State University, the answer is no. Fabricius and his collaborators have conducted new experiments and analyzed previous ones for more than a decade, concluding that children do not truly comprehend false beliefs until they are 6 or 7 years old. On September 28, this work will be published in Monographs of the Society for Research in Child Development.

“When we overestimate what young children understand about the mind and thus how others think, we can set unrealistic expectations for their social behavior and academic performance,” said Fabricius, the paper’s lead author.

Three locations for the chocolate bar to be hidden

Adding a third possible location for the chocolate bar was one of the first ways the research team tested what children truly understood about Maxi’s false belief.

There are three boxes in these experiments: a blue box, a green box, and a red box. Maxi reintroduces the blue box to his chocolate bar. His mother replaces the chocolate bar in the green box once more.

When young children are asked where Maxi will look for the chocolate, they respond 50% to the blue box and 50% to the red box.

“When there are only two possible locations, 4- and 5-year-old children can correctly answer without fully comprehending that Maxi has a false belief about the location of the chocolate bar,” Fabricius explained. “Adding a third location forces them to make a random guess between the two empty locations. Due to the fact that young children can successfully complete the two-option false belief task without understanding Maxi’s thought processes, this experiment does not assess theory of mind.”

When children are presented with three possible locations for the chocolate bar, their random choices indicate that they rely on their rudimentary understanding of seeing and knowing. This process has been dubbed “perceptual access reasoning” by this research team.

According to these rules, 4- and 5-year-old children reason that because Maxi cannot see the chocolate in the green box when he returns, he does not know it is there. As a result, children conclude that Maxi will make the incorrect choice and will search for an empty location.

When there is only one blank location (the blue box), children automatically respond correctly. They guess when there are two empty locations (blue and red boxes).

What happens when Maxi develops a genuine conviction and his mother abandons the chocolate bar?

Another way the research team assessed young children’s comprehension of other people’s thoughts was to leave the chocolate bar where Maxi placed it. When Maxi returns, he is certain of the location of the chocolate.

Even when presented with only two options – the blue and green boxes – young children consistently fail the true belief task. They respond incorrectly by stating that Maxi will make the incorrect choice and will examine the green box.

“Users of perceptual access reasoning have an immature concept of knowledge as it relates to the current situation and do not yet understand that people have persistent memories. They are unaware that Maxi may recall placing the chocolate bar in the blue box,” Fabricius explained. “This series of experiments demonstrates that children do not comprehend mental representation until they reach the age of six or seven.”

The discovery that young children lack the ability to distinguish between true and false beliefs and instead rely on perceptual access reasoning has implications for how they are taught.

“There are strong correlations between theory of mind and a child’s ability to share, be socially appropriate, and solve and plan problems,” said Anne Kupfer, director of ASU’s Child Study Lab (CSL) and co-author of the Monograph paper.

The CSL collaborates with developmental psychology faculty to translate research findings into practice, and has incorporated the Monograph paper’s findings into its preschool curriculum.

“It is critical for educators to understand at what age a child realizes that their feelings, thoughts, and desires are not necessarily shared by others,” Kupfer said.

Sharing a toy is a frequent occurrence that requires CSL staff to utilize young children’s perceptual access reasoning. Kupfer described a scenario in which a child desires a toy but finds it in the possession of another classmate. The child takes the toy, and because they are enjoying themselves while holding it, they believe that everyone is happy. However, the child who has just lost the toy begins to cry, while the child who took it is perplexed.

“That is where we enter the picture. In this situation, we describe what is occurring and model responses that are consistent with what the children understand through perceptual access reasoning,” Kupfer explained. “We say to the crying child, ‘I see you’re upset, and I noticed Johnny took your toy away. Is that the reason you’re upset?’ We then serve as a role model by asking the crying child to explain to Johnny why they are upset, which is that he stole their toy. Then we direct Johnny to look at the sad child’s face and say, ‘She just expressed her distress to you.’ Why is she inconsolable?’ Johnny then has the option of responding, ‘Because I stole her toy.'”

This example demonstrates how educators can assist children in developing an understanding of the mental representations of others. The child who took the toy begins to comprehend why they experience happiness while the other child does not – a precursor to developing theory of mind.