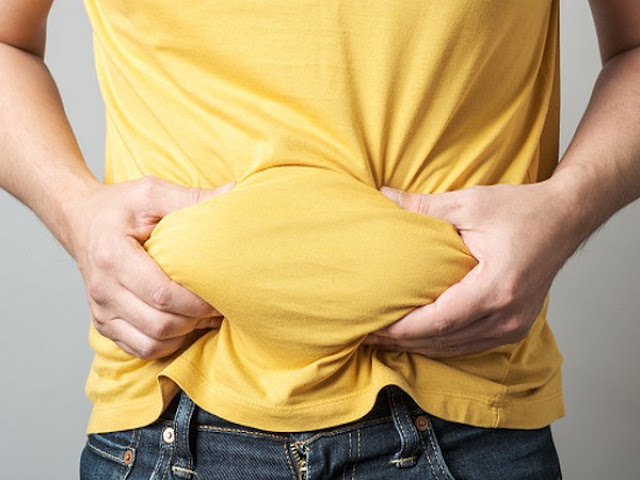 According to a recent study conducted by an international team of researchers, weight-loss drugs and surgical procedures have the potential to reduce the long-term effects of high blood pressure (commonly known as hypertension) in persons who are overweight or obese.

When it comes to treating high blood pressure that is associated with being overweight, weight loss achieved through dietary adjustments and increased physical activity are the pillars.

These changes in lifestyle, on the other hand, are not often maintained throughout time. Because of this, blood pressure decreases are not sustained over time,” stated Michael E. Hall, M.D, M.Sc, FAHA, chair of the statement drafting group and associate division director for cardiovascular diseases at the University of Mississippi Medical Center in Jackson, Mississippi.

“The new scientific statement shows that medicinal and surgical treatments, in addition to a heart-healthy diet and physical activity, may aid in long-term weight loss and blood pressure reduction,” he continued.

Previous scientific statements from the American Heart Association have addressed the relationship between blood pressure and food, physical exercise, and weight control, among other things. The new declaration is primarily concerned with high blood pressure associated with obesity. Individuals who are overweight or obese are those who weigh more than what is deemed healthy for their height and body type.

Body mass index (BMI) values greater than 30 are considered obese, whereas BMI values between 25 and 29 are considered overweight. Weight-loss experts from the disciplines of obesity and high blood pressure served on the writing team for the scientific statement, which conducted a thorough evaluation of existing evidence to present the most recent recommendations on weight-loss measures to lower high blood pressure.

Diet and physical activity have an impact on your health.

In order to assist manage weight and maintain blood pressure, national guidelines advocate following a heart-healthy diet. Dietary patterns, rather than individual foods and nutrients, are the focus of these recommendations. The Mediterranean diet and Dietary Approaches to Stop Hypertension are two of the most well-established healthy eating patterns in the world (DASH).

There are some similarities between the diets, with the emphasis being placed on eating more fruits and vegetables, legumes, nuts and seeds, while consuming moderate amounts of fish, seafood, poultry and dairy and limited amounts of red and processed meats, as well as sweets.

In the words of Hall, “there’s no doubt that consuming healthful foods has positive benefits on both weight and blood pressure.” In the short term, many weight-reduction diets are effective; however, eating healthy meals regularly and long term, as well as maintaining weight loss, are difficult to do.

In a few studies involving people with metabolic syndrome – a group of five conditions that can lead to heart disease, including high blood sugar, low HDL cholesterol, high triglyceride levels, a large waist circumference, and high blood pressure – intermittent fasting, an approach that alters the timing of eating and fasting during the day or each week, produced some weight loss and modest reductions in blood pressure, according to the findings.

When a person has three or more of these disorders, they are said to be suffering from metabolic syndrome. Intermittent fasting, on the other hand, was shown to have a minimal effect on blood pressure and to be no more effective at weight loss than other diets, according to analysis of many trials.

It is possible to lose weight and lower blood pressure through increasing physical activity, boosting cardiovascular fitness, and decreasing the amount of time spent sitting. Exercise, according to the statement, is essential for weight loss and blood pressure reduction, which is supported by the American Heart Association’s June 2021 statement on first-line treatment for increased blood pressure and cholesterol levels.

Prescription drugs may be explored for people who have obesity or who are overweight and have a weight-related health condition such as high blood pressure if lifestyle adjustments have not been helpful in attaining weight loss and blood pressure control, according to the statement.

In the current system, just a portion of those who are suitable for treatment are prescribed medication or referred for metabolic surgery, says Hall. “Many times, drugs or metabolic surgery are not considered until after there has been target organ damage, such as a heart attack or a stroke. However, it is possible that we will be able to avoid these issues. Anti-obesity medications and surgical treatments, when used in conjunction with a healthy lifestyle adjustment, can be effective long-term options for weight loss and blood pressure control in individuals who are overweight or obese.”

According to the statement, a novel class of drugs known as GLP-1 receptor agonists has been demonstrated to aid in the maintenance of weight loss while also dramatically lowering blood pressure. GLP-1 agonists, such as liraglutide and semaglutide, are synthetic hormones that are self-administered in the form of a daily or weekly injection to help patients lose weight by suppressing their appetite and making them feel full.

At the time of their approval, both drugs were indicated for the treatment of type 2 diabetes because they lower blood sugar levels by boosting insulin secretion. Recent approvals by the United States Food and Drug Administration (FDA) for drugs for weight control and weight loss in those who are classed as overweight or obese were announced.

Weight-loss surgery is an option.

According to Hall, “Metabolic surgical techniques are continuing to advance and are becoming less invasive and less hazardous.” “In addition to a healthy diet and increased physical activity, medicines, metabolic surgery, or a combination of the two may be explored for certain individuals.”

The statement also raises concerns about and points out data gaps in the study on the use of drugs and surgical procedures to prevent and treat obesity-related high blood pressure.

There are several issues to consider, including whether these strategies will achieve the intended result of preventing organ damage, how effective they are for individuals who already have kidney disease or heart failure, and comparing the effectiveness of medications, surgery, or a combination of the two in order to determine the most effective approach for long-term blood pressure control.