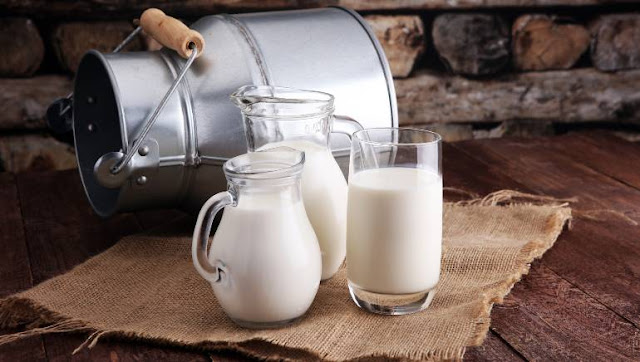 Results of the study were published in the peer-reviewed journal ‘PLOS Medicine’ in 2012.

Consuming more dairy fat had no association with an increased risk of death in the study.

The results of this study, which included slightly more than 4,000 Swedish adults, were combined with those from 17 similar studies conducted in other countries, resulting in the most comprehensive body of evidence available to date on the relationship between this more objective measure of dairy fat consumption and the risk of cardiovascular disease (CVD) and mortality.

Several researchers, including Dr. Matti Marklund of the George Institute for Global Health, the Johns Hopkins Bloomberg School of Public Health, and Uppsala University, have stated that, with dairy consumption increasing around the world, a better understanding of the health consequences is required.

According to Dr Marklund, “Many studies have relied on participants being able to recall and record the amounts and types of dairy items they’ve had, which is especially problematic given that dairy is regularly utilized in a range of dishes.”

As a substitute, we examined blood levels of certain fatty acids, or fat ‘building blocks,’ prevalent in dairy meals, which provided a more objective estimate of dairy fat intake that did not rely on recall or the quality of food databases, Dr Marklund explained.

“We discovered that those with the greatest levels had the lowest risk of cardiovascular disease.” Despite the fact that these associations are quite intriguing, additional research is required to fully grasp the complete health impact of milk fats and dairy meals,” Dr Marklund noted.

Sweden has one of the highest per capita dairy and dairy product consumption rates in the world.

One study conducted by a multinational team of researchers from Sweden, the United States, and Australia examined dairy fat consumption in 4150 Swedish 60-year-olds by measuring blood levels of a specific type of fatty acid that is predominantly found in dairy foods and can therefore be used to estimate dairy fat intake.

A total of 16 years was spent following them to determine how many had heart attacks, strokes and other significant circulatory events, and how many died from any reason during that time period.

The risk of cardiovascular disease was found to be lowest in those with high levels of fatty acid oxidation after statistically controlling for other known risk factors, such as age, income, lifestyle, dietary habits, and other diseases, among other things (reflecting high intake of dairy fats).

Those with the highest levels did not have a higher risk of mortality from any cause than those with lower levels.

He went on to say that the data demonstrate how little evidence there is in this area, which is reflected in the recommendations for healthy eating.

According to Dr Marklund, while some dietary guidelines continue to recommend that consumers choose low-fat dairy products, others have shifted away from that recommendation, instead suggesting that dairy can be a part of a healthy diet with an emphasis on selecting specific dairy foods — such as yoghurt rather than butter — or avoiding sweetened dairy products that are high in added sugar.”

Combining these findings with those from 17 additional research with a total of nearly 43,000 participants from the United States, Denmark, and the United Kingdom validated these patterns in other populations.

“While our findings may have been influenced by factors other than dairy fat, our research does not show that dairy fat is harmful in and of itself,” Dr Marklund concluded.

“A growing body of evidence suggests that the health impact of dairy foods may be more dependent on the type — such as cheese, yoghurt, milk, and butter — rather than the fat content, raising questions about whether avoiding dairy fats in general is beneficial for cardiovascular health,” Dr Trieu said in a statement.

Dr. Trieu continued, “Our research reveals that reducing dairy fat intake or avoiding dairy completely may not be the best option for heart health.”

Despite the fact that dairy foods can be high in saturated fat, they are also high in a variety of other nutrients and can be a component of a balanced diet. ” Nevertheless, other types of fats, such as those found in seafood, nuts, and non-tropical vegetable oils, may provide higher health benefits than dairy fats, according to Dr Trieu.