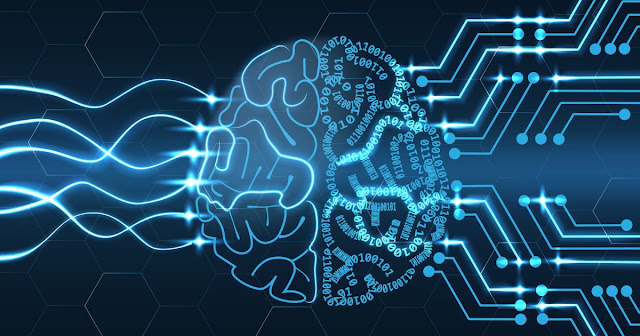 Even for seasoned experts in the field, semantic segmentation is one of the most challenging tasks in computer vision.

Deep learning methods and models have been found to be useful in several studies. Deep learning-based solutions to improve semantic segmentation quality and accuracy are promising signs for the future of computer vision.

Computer vision, like any modern technology, is constantly evolving. Several computer vision-related roadblocks must be overcome along this evolutionary path to expand the technology’s application beyond what we already have. These challenges include achieving correct image classification, instance, and semantic segmentation for real-world applications. Semantic segmentation is the process of categorizing each pixel in an image. A semantic segmentation algorithm, for example, categorizes the number of pixels occupying each type of entity present in the image, such as grass, dogs, kennel, etc., in such a way that each entity is highlighted in a different color. These ‘semantically segmented’ images can then be used for handwriting text recognition, face detection, and autonomous driving.

Unlike object recognition, semantic or instance-based segmentation does not require that objects be identified in an image before labeling them. Identifying objects in images is easier than identifying difficult-to-detect specificities in each image. Ideally, an image segmentation algorithm segments both known and unknown objects.

Other applications that use semantic segmentation include satellite imagery analysis and human-computer interaction. Having access to segmentations can help researchers approach problems on a semantic level. Ideally, the segmentation process should closely resemble how humans mentally categorize—or segment—objects they see.

Semantic Segmentation with the Use of Deep Learning

Traditionally, semantic segmentation was done using clustering. Traditional segmentation algorithms used clustering, often with image contours and edges. This method is used to segment satellite images by clustering pixels by wavelength. As a result, similar pixels located close together form clusters. The dogs and kennel pixels would then be clustered together based on their wavelengths.

The dated clustering approach has evolved over time. One iteration was the Markov process, a well-known segmentation method. In the past, clustering and other forms of segmentation were useful in solving precision-related problems in fields like Virtual Reality, facial recognition, and autonomous vehicles. As a result, most traditional segmentation techniques have become obsolete.

This method uses segmentation using recognition’ to extract and describe free-form regions in an image. Then comes region-based forecasting and classification. During testing, the region-based predictions become pixel predictions, labeling pixels based on their highest scoring region. This method also uses object detection. Unlike traditional convoluted neural networks, regional convoluted neural networks (RCNN) can detect objects and segment images. RCNN can even be used for both object detection and image segmentation.

Despite its success in improving semantic segmentation accuracy, the RCNN-based method is not without flaws, as the paper details.

A Fully Convoluted Network (FCN) is a CNN extension. They have more convolutional and pooling layers than CNNs, allowing them to predict more inputs than CNNs. The size of the segmentation output of FCNs depends on the input size, so there is no standard output size. They are commonly used for local rather than global tasks, the study found (semantic segmentation or object detection, instead of image classification). The study found that this method improved semantic segmentation precision.

Most common semantic segmentation methods require many images with pixel-wise masks or clearly marked areas. It takes time, frustration, and money to manually annotate these segmentation masks. Some weakly supervised methods can help combat this. These methods use annotated bounding boxes or even image-level labels to help semantic segmentation. To Semantic Segmentation with Deep Learning

Here are a few examples of how deep learning can be used to perform precise semantic segmentation:

a) Semantic Segmentation of EM Images

The University of Waterloo and DarwinAI, a Canadian IT firm, have developed a neural network architecture that allows segmentation on low-power edge devices. This is a huge breakthrough because it was previously believed that any type of segmentation, instance-based or semantic-based, required large, resource-intensive neural networks. Running deep learning models became difficult without access to cloud servers. The collaboration between DarwinAI and the University of Waterloo has resulted in a system that is accurate, fast, and portable. AttendSeg is the neural network. The technology’s creators stated that their goal was to bring semantic segmentation to endpoint devices globally.

Attention Segmentation Network (AttendSeg) for TinyML networks. The term “low-precision” does not imply that the system’s semantic segmentation operations will be highly imprecise. In fact, the system’s accuracy is nearly equal to other deep learning-based semantic segmentation networks. Surprisingly, the neural network model requires only 1 megabyte of memory. Download and install it on any edge device without fear of system crashes or lag. AttendSeg uses “attention condensers” to reduce model size while maintaining segmentation performance.

The neural network’s small size and high efficiency make it a buyer’s favorite, and it can be used for a variety of tasks such as medical applications, manufacturing, and more. While deep learning isn’t widely used for semantic segmentation work today, it’s clear that it will be in the future.

The Strengths and Weaknesses of AI for US Intelligence

How AI Can Be Employed to Improve iOS App Development