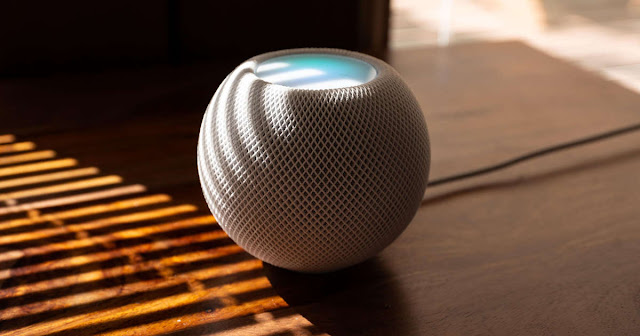 It’s past time to make a significant upgrade to your television’s audio system. If you have an Apple TV streaming device and two HomePod Minis, you can put together an improvised sound system that can compete with a high-quality soundbar. It will be a significant improvement over the stock speakers on your television, transforming movie night into a true surround-sound cinematic experience.

Using Apple’s smart speakers instead of regular external speakers has the added benefit of granting you access to all of the features of a Siri-powered smart home, which is a nice bonus. The ability to control your television with voice commands such as “Hey, Siri, play Dexter season 4, episode 1” will mean that you will no longer need to use the remote control. Walk through the process of configuring HomePod Minis for television sound.

1. Set up your HomePod Mini speakers

In our HomePod Mini review, you can learn more about how to set up a HomePod Mini, as well as our overall impressions of these $99 Siri-enabled smart speakers from Apple.

Now that your two HomePod Minis are up and running, you’ll need to connect them together to form a stereo pair in order to experience true surround sound. Make sure that both speakers are physically in the same room, as well as in your Home app, before continuing.

Tap and hold the name of one of the HomePod Minis in the Home app, then swipe up and tap the settings cog in the bottom right corner of the screen.

When prompted, select “Use as stereo pair” and follow the on-screen instructions to choose whether the speaker will provide left or right channel sound. This procedure should be repeated for your second speaker.

3. Connect the HomePod Minis to your Apple TV

To open the control center, press and hold the home button on the Siri remote for a few seconds.

When you click on the audio controls button, a list of the audio devices that are currently available will appear. You should see your HomePod Mini stereo pair listed in the Home app, with the name you gave them in the app.

In this case, it’s the HomePod Mini pair, so select the device or devices to which you want to send the Apple TV audio and you’re good to go.

The Disadvantages of using HomePod Minis as Apple TV Speakers

In the event that you already own two of these speakers as well as an Apple TV, this audio setup is a quick and simple way to improve your viewing experience, but it is not without its drawbacks.

If you choose to go this route, you’ll need to keep those two speakers in the same room as your TV and in their respective positions, either left or right, in order to achieve a surround-sound effect. We also discovered that you are unable to set the default audio on the Apple TV to the HomePod Minis, which is both inconvenient and time-consuming to do. You can, however, do so with the full-size HomePod, which, in contrast to its mini counterpart, provides Dolby Atmos 7.1 or 5.1 surround sound, depending on the model.

It would be even better if Apple updated the HomePod Mini’s settings to make it even more useful. However, for the time being, it is a reasonable way to obtain better sound at a lower cost.