Can I Install Windows 11 on Incompatible Operating System?

Can I Install Windows 11 on Incompatible Operating System? 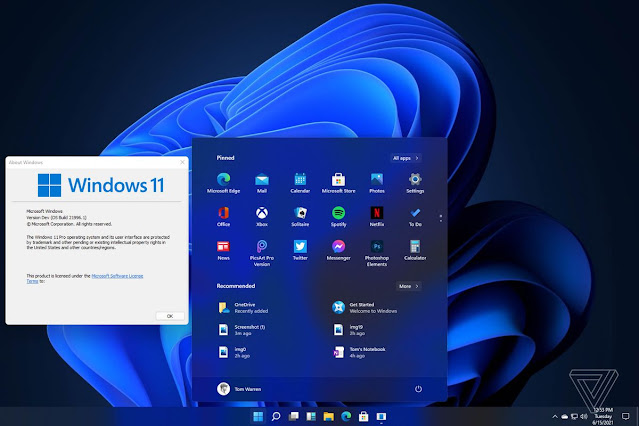 Windows 11 is an exciting new operating system for Microsoft lovers, but nothing puts a damper on the excitement quite like discovering that your computer is unable to support it. Users can, however, now download the Windows 11 ISO and install it on their older PCs, so bypassing the hardware verification process completely.

Does it make sense to try to go around Microsoft’s system checks, on the other hand? And what will be the ramifications of your actions? Let’s have a look and see.

The troubles began when Microsoft launched a tool that determined whether or not your computer was compatible with Windows 11. However, many customers who attempted to utilize the tool, hoping to receive the official approval for Windows 11, were instead faced with an error message stating that their computer was not up to the task.

People were understandably perplexed when Microsoft refused to accept high-end gaming computers because they were deemed unable to run Windows 11. In reality, Microsoft wasn’t looking at how powerful your hardware was, but rather how recent it was when they made their decision.

Due to the fact that contemporary CPUs have particular built-in security mechanisms that Microsoft wishes to implement in Windows 11, this is the case. If your processor isn’t up to date and you attempt to upgrade to Windows 11 through Windows Updates, the service will reject your request since your hardware is too old for the operating system.

Owners of outdated personal computers, on the other hand, have a ray of hope. Earlier this year, Microsoft published certified ISOs for Windows 11, allowing you to install the operating system on any computer of your choosing. In addition to skipping the Windows Updates check, the ISO install also does not check to see how recent your processor is. Therefore, you are free to use any hardware you want to run Windows 11.

Windows 11 has a nastily inconvenient drawback on older computers

It was revealed by Microsoft in a statement to The Verge that the company was fully aware that customers were able to install Windows 11 through an ISO on an unsupported PC. However, if someone chooses to go this path, Microsoft cannot ensure that their PC will continue to receive future upgrades from the company.

This implies that if you use an outdated PC and install Windows from an ISO image, you may not be able to obtain Windows Updates. You may also be unable to use the automatic driver search and installation tool, which means you will have to manually download and install all of your drivers.

What is Microsoft’s motivation in doing this? It is not clear why the corporation has decided to proceed in this manner; it has not made an official announcement, but there are two equally plausible explanations for its decision to do so.

For example, Microsoft has engineered Windows 11 to work on a specified set of hardware components. This includes making use of security-related capabilities on modern-day CPUs that are not available on previous ones. If Microsoft were to continue to support older technology, it would necessitate a significant investment of both time and money in order to make Windows 11 run on PCs that would almost certainly be replaced anyhow.

Having this disadvantage, on the other hand, provides an incentive for individuals to purchase a new computer. This is beneficial to Microsoft for two reasons: first, it encourages the general sale of official “Windows 11 ready” hardware, which is positive in Microsoft’s eyes; and second, it encourages the general selling of official “Windows 11 ready” software. For the second time, Microsoft is enticing customers to purchase its own line of PCs and laptops that are optimized for running Windows 11.

Is it permissible to run Windows 11 on a computer that is incompatible with the operating system?

Because of Microsoft’s stance on incompatible PCs running Windows 11, we don’t currently recommend going the ISO method unless you’re quite knowledgeable in the process of creating an ISO.

If you want to have a pleasant experience with an unsupported copy of Windows 11, you’ll most likely have to maintain manually updating both the operating system and the drivers on a regular basis. Maintaining an operating system is difficult, if not impossible, due to the amount of effort involved. The long-term benefits of sticking with Windows 10 outweigh the short-term inconveniences.

After all, Windows 11 is essentially a rebranded version of Windows 10, so you might as well stick with your firearms for the time being. You’ll be able to take advantage of official support and updates until it’s time to upgrade, at which point you’ll be able to purchase a computer that fulfils all of Windows 11’s criteria.

While it is feasible to get Windows 11 to work on older computers, the absence of support will make it difficult to keep it up to date and in good working order. Therefore, we propose that you continue with Windows 10 until either Microsoft lowers the system requirements for Windows 11 or your present PC becomes a little too old to be useful any longer.

Users have expressed their dissatisfaction with several parts of Windows 11, which is understandable given the excitement surrounding the new operating system. It is therefore advisable for you to learn more about how Windows 11 alters the formula and evaluate whether or not it is worthwhile upgrading for.