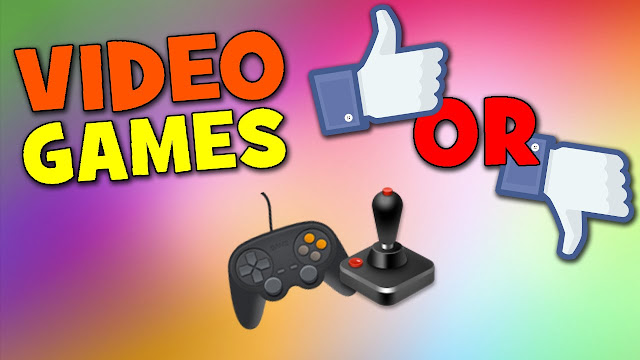 The average gamer spends 8 hours 27 minutes per week in front of a screen. That’s a 14% increase from 2020, and it’ll likely rise.

Almost everyone agrees that video games are fun. But if you push it too far, it can harm your body and mind.

But are video games bad for you? Let’s take a look at expert opinions. We’ll talk about the risks and benefits of video games.

The Risks In Video Games

Another disadvantage of video games is that they require constant eye focus. Consider multiplayer online battle arena (MOBA) games. Assume your match lasted 45 minutes. You probably couldn’t leave your desk until one of the teams won. Even if you did, you were probably on your phone. Not only do phone screens cause CVS, but video games do too.

So, how do you combat it? Generally, the 20-20-20 rule applies. Every 20 minutes, you must look away from your keyboard or controller and looking at something that’s 20 feet away from you for 20 seconds.

Another thing you can do is avoid playing video games in the dark or in direct sunlight. You can even get anti-reflective glasses. Some of them even block blue light, reducing the damage to your eyes caused by games.

Video games can lead to an unhealthy lifestyle. In most games, you sit still and only move your fingers. Doing so for several hours is not healthy. The issue is that video games are designed to encourage long sessions. One hour of gameplay in MMORPGs (Massively Multiplayer Online Role-Playing Games) or online sports games is simply not enough.

To earn in-game currency or find valuable items, you may need to play for hours. Overindulgent people rarely exercise and eat poorly. A recent study of over 1,000 male college students confirms this. It found that gamers consume more saturated fat and sodium. They eat more salty snacks and less fruits and vegetables. These bad habits often lead to weight gain and chronic diseases later in life.

A quick Google search on video games and their negative effects will reveal a lot about addiction. It’s related to dopamine addiction, which is what happens when you overindulge. Video games have been shown to increase dopamine levels by 100%.

Your posture suffers when you slouch. With poor ergonomics comes serious back issues. You’d want to avoid it in video games. To avoid this, invest in a good gaming chair and sit upright for long periods. A good desk and a good mouse can also help.

Gaming Has Its Advantages

People tend to dismiss video games as a pastime for slobs, but the truth is that many aspects of gaming have real-world applications. So, are video games healthy?

Lots of research shows that this hobby can improve your creativity and problem-solving skills. More proof that video games are beneficial. Gaming can help you learn to work as a team. It strengthens player bonds.

Fighting and monitoring cooldowns in MMOs requires multitasking. Fighting, looking at the map, and chasing resources all do. Gaming requires a lot of multitasking. Here’s another reason why video games are good for you.

After just one month of playing video games, older adults improved their multitasking skills. Notable given how quickly performance can deteriorate with age. Playing video games helps a lot.

Millions of people play an RTS. To win, you must remain focused. Among the benefits of video games is improved concentration. Experts confirm that video games can be used for educational or military purposes. Gaming also improves visual tasks like driving or finding someone’s face in a crowd.

Online gaming has taken multiplayer video games to a new level. Cross-platform gaming also helped. So, when discussing the benefits of video games, we must include teamwork. In squad modes, players work together to defeat other teams on the map. And survival horror games like 7 Days to Die requires you to build a base with your teammates.

Most Tech confirmed it. Researchers discovered that group raiding success in WoW translates to virtual workplace success. This adds to the social benefits of video games.

Playing repeatedly improves hand-eye coordination. Consider it as practice for real-life situations. That’s a good video game effect. Gamers outperformed others in keeping a virtual car in a straight line. A virtual reality game is a great way to practice this skill.