Skip to content
Gadgets Gear VR How To Samsung Technology

How to Set Up and Use Samsung Gear VR 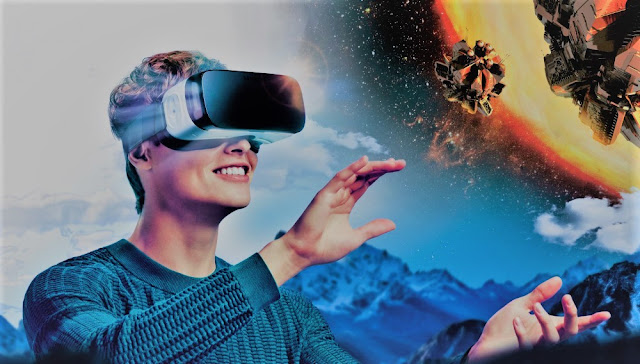 Got a new Gear VR and the Samsung Galaxy device? If you’ve got them, then that’s awesome!  How do you set it up then?

Gear VR offers a great, low-priced experience of what virtual reality has to give. Playing in a virtual world now with Gear VR is as easy as inserting your Galaxy smartphone into your Samsung Gear VR. Developed in partnership with Oculus, the leader in virtual reality, Gear VR is totally portable, comfortable to wear and simple to set up.

So if you’ve got the Gear VR and don’t know how to set it up, here’s how to get things all set up and running so you can put it on your face and travel to faraway lands.

Step 1: Insert the Phone in the Gear VR

This may look simple as it sounds “insert the phone in the Gear VR.” It may seem like a simple thing to do, but, the reality is putting the phone in the headset can be a little bit hard and confusing the first time you do it.

Gear VR basically needs to be connected manually to the phone with USB connection which is different from other VR headsets. Furthermore as it is designed to fit tightly in the Gear VR, it doesn’t work with a case on the phone.

So if you take the cover plate off of the Gear VR, you should be able to see a pair of latches laying both side of the unit. While looking at it, the one at the left side is where the USB plug is found. The USB is on a hinge, which makes it extremely easy to insert the phone.

Now turn it over and plug the phone in, with the screen facing the Gear VR lenses.

Then from there, just press the top of the phone into the right fastener. That’s, all you have to do now is to start playing in VR world.

Once you’ve plugged and set the phone correctly, you should receive a voice prompt which tells you to install the app you needed to start playing. Then you’ll have to remove the phone back out again, which is a little silly. However, even though it looks silly, it’s still easier than installing everything manually by yourself and it basically automates all the process. Afterwards, agree to the terms, and tap on “Next.” Then tap on “Install,” in order to install it.

After you are through with the Oculus account creation or you are logged in, the Gear store will launch automatically. Then you can put the phone back into the Gear VR.

After putting it back, the first thing that will come up will be some text telling you to use the dial button on the top of the unit in order to get proper focus. Used the dial to get proper focus and then accept the warning by looking at it for a few seconds. After that, it will tell you to log in to Oculus again. So you’ll have to take the phone out to do this again and this very annoying.

Then a quick tutorial will appear and it explains you how you can navigate through the Gear VR interface.

Step 3: How to Use and Navigate Through the Gear VR Interface

Once, you’ve seen and gone through the tutorial, then should now be able to use Gear VR to do some basic things like downloading apps, playing games and so on.

Of course, there are some things the tutorial won’t cover, it only explain the basics and a bit advanced used of Gear VR.

So here are some helpful tips and tricks, you can use on your Gear
VR

In order to get to the Gear VR menu, simply long-press the back button situated on top of the D-Pad on the headset. From there, you’ll be able to see notifications, disable Wi-Fi/Bluetooth, and access other profile information about the Gear VR.

If you want to take a screenshot or record a video on the Gear VR, simply head into the menu and select “Utilities,” which is located at the right side. From there, you can also access the camera pass-through feature. With the feature, you’ll be able to see your surroundings through your phone’s camera.

Navigation entry like Home, Library, Store, and Voice Search are located at the bottom of the home screen.

Simply tap the back button in case you want to exit an app.

Then try installing apps and games from the Gear Store. Then try to play them in order to experience what it feels like to play game in a virtual world.

So when you are done with the Gear VR, just remove the phone.
That’s pretty much easy, isn’t it? It’s very simple to use, but can still be very difficult for users that are not familiar with VR.