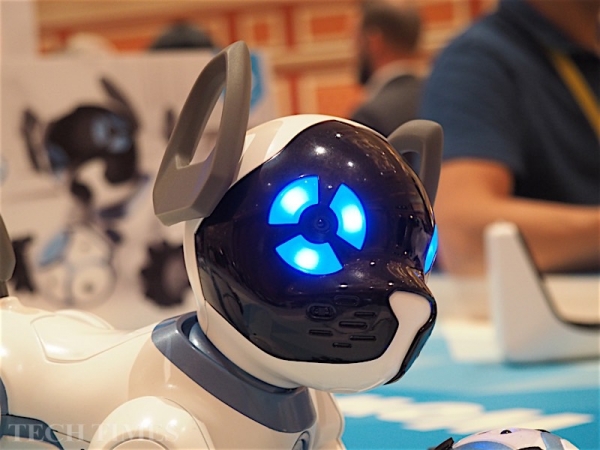 This is CHiP, the adorable robotic dog apparently named for a TV show about the California Highway Patrol (not really, of course. He’s actually the “Canine Home Intelligent Pet.” The “i” just lowercase because that’s what we do now).

He’s the next big toy for WowWee, being launched with a little help from the crowdfunding gurus at Indiegogo — and the companies are hoping that you can’t possible say no to that adorable glowing face.

The pup, designed by the people who brought you the Robosapien, among others, can perform a variety of different tricks — and, being the young dog he is, learn new ones. At the most basic level, he’ll follow you around using a tracking beacon and can do all the usual dog stuff like sitting and staying. 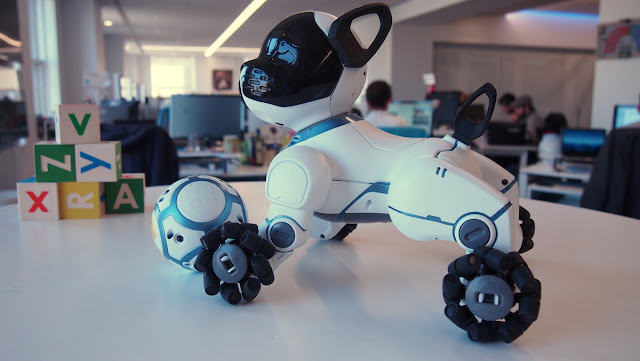 CHiP’s got an array of sensors in that adorable little doggie head of his, which make it possible for him to chase after a ball while dodging obstacles. At the end of the night, he returns to his charging SmartBed to get some much needed shut-eye.

The dog’s crowdfunding campaign launches today on Indiegogo. Interested parties can pick him up for the early bird price of $159. He’ll run $40 more when he starts shipping in the third quarter.