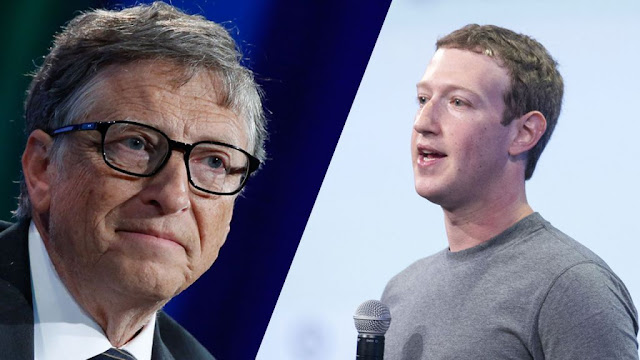 Mark Zuckerberg and Bill Gates first teamed up in 2010 for a Wired cover that revisited the 25th anniversary of Steven Levy’s Hackers: Heroes of the Computer Revolution.

During the interview, Gates states that there are new and more opportunities for the hacker spirit to live on. “They need the same type of crazy fanaticism of youthful genius and naèfvetè that drove the PC industry — and can have the same impact on the human condition.”

Since that cover story, Zuckerberg and Gates have taken that hacker spirit and applied to becoming two of the most generous and well-known philanthropists in the world.

Zuckerberg has donated $100 million to schools in Newark, NJ; an undisclosed amount to the open-source project Diaspora; was one of the individuals involved with creating the Breakthrough Prize in Life Sciences; and, through the Silicon Valley Community Foundation, has gives millions of dollars to healthcare, such as $75 million to San Francisco General Hospital.

As for Gates, he has long since left Microsoft to spend his time spearheading the Bill & Melinda Gates Foundation. He’s already donated more than $28 billion of his own fortune on initiatives that focus on preventing and treating diseases like malaria; introducing technology that can assist farmers in developing countries grow sustainable crops; and supporting educational programs in the U.S. that can tap into the potential of students.

Most notably, Bill Gates and Mark Zuckerberg are two members of the “Giving Pledge” – a project launched by Gates and Warren Buffet where billionaires would donate at least half of their wealth. Approximately 138 billionaires – which includes Larry Ellison, Elon Musk, Ted Turner, and Michael Bloomberg – have signed the pledge. Zuckerberg, an original signer, has recently upped the ante by announcing that he would away 99% of his Facebook stock, worth $45 billion, to the pledge.

But, Zuckerberg and Gates are once again teaming up in one of the most ambitious projects during their philanthropic careers.

The timing was appropriate for the announcement of the Breakthrough Energy Coalition. It occurred on the eve of the COP21 climate change conference in Paris. In a Facebook post announcing the coalition, with his wife Priscilla and Gates, Zuckerberg stated:

“Solving the clean energy problem is an essential part of building a better world. We won’t be able to make meaningful progress on other challenges — like educating or connecting the world — without secure energy and a stable climate. Yet progress towards a sustainable energy system is too slow, and the current system doesn’t encourage the kind of innovation that will get us there faster.”

He also added that “The Breakthrough Energy Coalition will invest in ideas that have the potential to transform the way we all produce and consume energy.”

Paralleling the announcement of the coalition, Gates joined the leaders of 20 nations for Mission Innovation, which according to its website, “aims to reinvigorate and accelerate global clean energy innovation with the objective to make clean energy widely affordable.”

The participating countries plans to increase annual spending on research and to $20 billion. On the private sector, Gates and Zuckerberg are among 28 wealthy investors, which also includes Richard Branson, Jeff Bezos, and Jack Ma, “will provide capital for early, high-risk research on the most promising technologies.”