What is Social Media?

Social Media is a platform that lets us participate in social networking. We can share our posts on various social media platforms to improve business visibility. Today it is the best source for news updates, marketing, education, and entertainment. 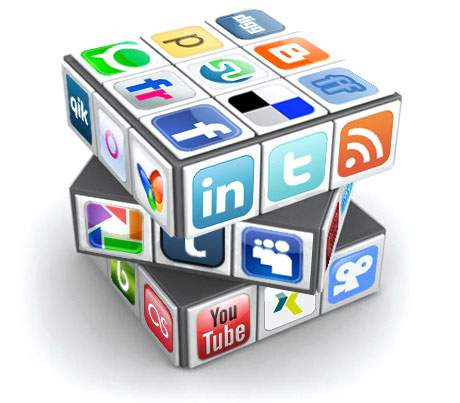 Social Media seems to be a new trend, but its roots stretch to the beginning of computer era. What we see today is the result of centuries-old social media development. Usernets, which was launched in 1979, was the first progenitor of social media, and the journey from Usernets to Facebook is a long one. Usernets allowed users to post on newsgroups. It was followed by bulletin board systems (BBS) which allowed users to login and interact. Online services like progidy were the precursors to BBS. After online services, internet relay chat came into light which gave way to instant messaging.
In the 90s, dating sites and forums were on peak, which led to the development of social networks. But they did not let users make friend lists. Six degreeslaunched to overcome this feature. It allowed profile creation and listing pears. It was purchased and shut down after playing for a decade. Blogging emerged in this phase, creating a sensation in social media. It is popular even today. Other sites like BlackPlanet (African-American Social Website) and MiGente(Latino) cropped up having provision to create profiles and add friends.
Modern social networks came into picture post 2000. Apple launched itsFriendster in 2002. It has millions of users. Hi5 and Linkedin were launched in 2003. Linkedin is a ground for professionals to reach out to one another.MySpace also originated in 2003 and became well known by 2006. SimilarlyFacebook was launched in 2004 and surpassed MySpace, Orkut, Multiply, etc., and is still expanding. This decade also conceived media sharing platforms likephotobucket, flickr, youtube, instagram, etc., along with news and bookmarking platforms like Digg and Delicious.
Since 2000, Social Media has bloomed to horizon and is still expanding limitlessly. Along with media sharing, many other portals that provide real-time updates were introduced, for example, Twitter, Tumblr, etc. In 2007, Facebook launched its advertising system.

The importance of social media is undebatable. It is a powerful channel of marketing − a game changer for any business. It provides us the flexibility to communicate at both personal as well as business levels.
Business owners can improve search rankings, leads, sales, and traffic using search media. This can be done at reduced marketing expenses. Besides business, it is a cool platform to connect with friends and dear ones.
Read More – Tutorials Point
Categories: Business, I.T, Tech