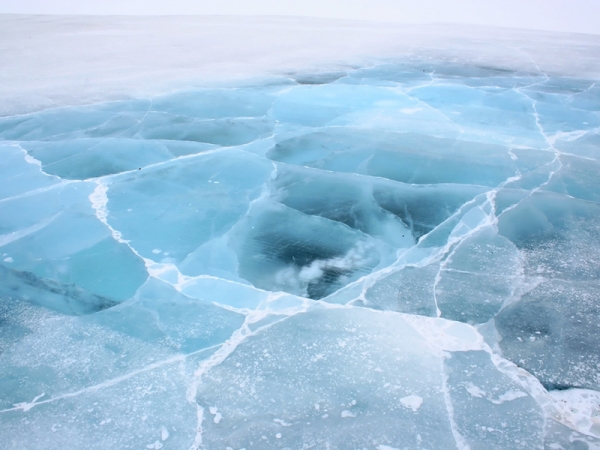 Every winter, in the remote areas of northern Canada, an icy highway builds on top of frozen lakes and tundra. Before melting away come springtime, this highway is packed with activities for months as it serves as a lifeline for transporting supplies to remote diamond mines.
However, warm weather has threatened the schedule of Canada’s Tibbitt to Contwoyto Winter Road, the world’s busiest ice road. Ice formation on the road is delayed because of increasing temperatures.
Locals hope that the ice road will form and open by the end of January 2016. If the current warm weather prevails, it could mean additional efforts for the crews attempting to build the ice. It could also result in the termination of the ice road’s entire operation.
The Tibbitt to Contwoyto Winter Road first opened in the winter of 1982 as a lifeline for the supplies needed by the mines in Canada’s Northwest Territories (NWT). Separated by water and spongy tundra, these mines could otherwise only be accessed by air.
Last year, the ice roads supplied up to 9,000 truckloads of diesel, mining supplies and machines from NWT’s capital Yellowknife to the mines. A shorter window would result in inconvenience and additional expenses.
Climate scientists believe that the delayed ice formation this year could be a precursor of imminent winters. They also raised concerns over the thawing frozen soil layer called permafrost, which covers almost half of the country’s landmass. Permafrost conveniently traps the greenhouse gas methane, a greenhouse gas which would spike warming.
Environment Canada’s senior climatologist David Phillips noted that winter 2015 is the second warmest December for Yellowknife to date. To this point, the average December temperature is a little beyond -15 Celsius. In December 2015, the average temperature was -13 Celsius. Yellowknife’s mean temperature is about -22 Celsius.
Read More: Techtimes
Categories: environment, geography, News, Science