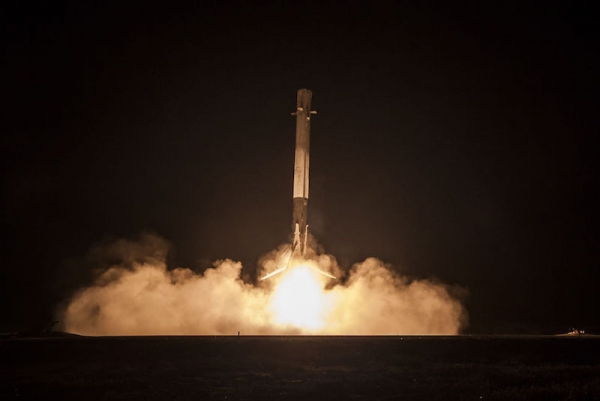 Last month, private aeronautics company SpaceX landed its first rocket after a six-month hiatus since its last rocket exploded in space. That would be success enough, but according to CEO Elon Musk, the Falcon 9 could actually fly into space again … if they wanted it to.

The rocket, which was launched on Dec. 21, was deployed to deliver 11 satellites into space. The satellites are designed by Orbcomm and enable communication between commercial machines.

When Falcon 9 first came home, Musk said he didn’t plan to reuse it.

“I think we’ll probably keep this one on the ground … it’s kind of unique, it’s the first one we’ve brought back,” he said on Dec. 22, according to The Motley Fool.

But on Dec. 31, Musk announced that the rocket was, “back in the hangar at Cape Canaveral. No damage found, ready to fire again.”

According to SpaceX, Falcon 9 is the first rocket completely designed in the 21st century. Rather than building on the previous technology, SpaceX reinvented the wheel, and to surprising success.

The realization that Falcon 9 is indeed healthy and ready for reuse makes Musk’s words in June almost prophetic:

“If one can figure out how to effectively reuse rockets just like airplanes, the cost of access to space will be reduced by as much as a factor of a hundred. A fully reusable vehicle has never been done before. That really is the fundamental breakthrough needed to revolutionize access to space.”