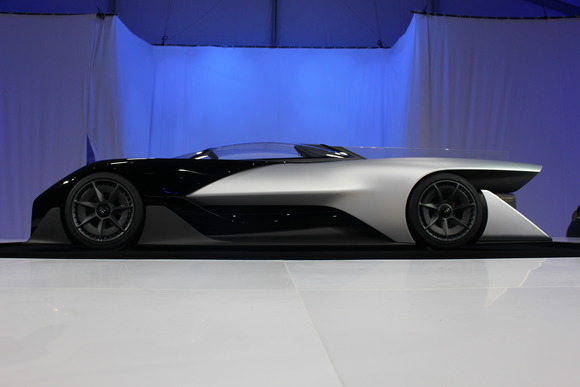 Electric car company Faraday Future unveiled its first concept car, the FFZero1, at CES 2016 this evening in Las Vegas, Nevada. And true to earlier leaked images, it looks a lot like the Batmobile.

Faraday says they see this vehicle as more of a “car of concepts” than just a singular concept car. Along with the FFZERO1, the company revealed a variable platform architecture (VPA) — the concept being that they build the base platform of the car once, and then adapt it for different form factors of cars. In theory, the base used in that 1,000 horsepower concept car pictured above could be lifted a bit and turned into something resembling an SUV.

The FFZERO1 lists with some pretty odd features. The seating is said to be made for zero gravity situations (for some reason), and the car will channel oxygen and water through a helmet Faraday is developing. You can stick your iPhone right on the steering wheel for navigation and other data, and the car will act as a “digital copilot” by projecting augmented reality visuals on the road ahead.

Faraday’s head of global design Richard Kim called the car something “not of this world”, noting the strange “UFO line” design that certain the black and silver body of the vehicle; according to Kim, this “UFO line” will be signature to all of Faraday Future’s cars. 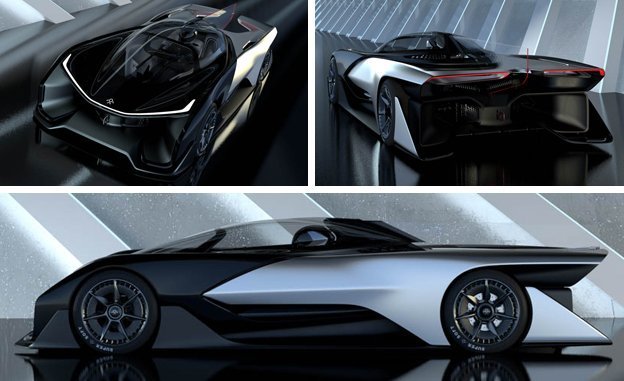 Along with the modular car, Faraday revealed it would be building a car manufacturing plant in Northern Las Vegas in the next few weeks and that it has formed an alliance with Chinese electronics company LeTV.

LeTV invests in many electronics companies and plans to unveil its own car concept this year, however it looks like it is in more than just an alliance with FF.