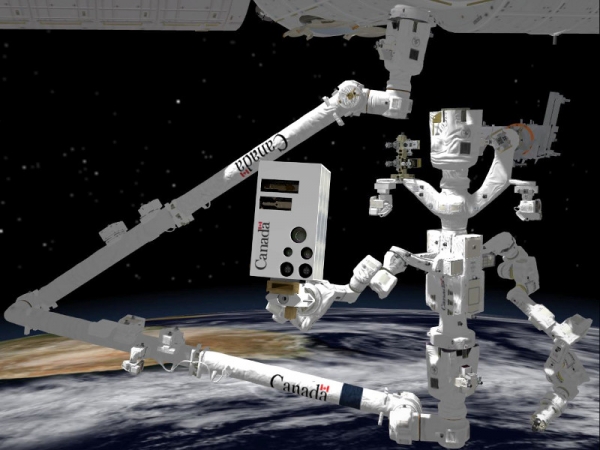 Space can be a dangerous place, with debris floating around and threatening to hit satellites and space stations. In fact, an increasingly large amount of that debris is man-made.

To try and combat the threat of space debris on the International Space Station, the Canadian Space Agency has announced a $1.7 million ($1.21 million USD) system that will be able to regularly scan the station for damage. This is hugely helpful, because a large amount of the debris in space is so small that it’s invisible to the naked eye, yet moving at such high speeds, it can still do damage to the space station.

“The vision system will use a combination of three sensors — a 3D [LIDAR] laser, a high-definition camera, and an infrared camera — to support the inspection and maintenance of the aging infrastructure of the International Space Station,” said the Canadian Space Agency in a statement. It also will help in the docking of spacecraft that visit the station.

The technology itself is being built by a Canadian company called Neptec Design Group, which has previously worked with the likes of NASA on a lunar rover called Artemis Jr. The new system, set to launch in 2020, will be around the size of a microwave, and will show damage that would, in some cases, have remained hidden to the naked eye.

The system itself will be attached to Dextre, another robot from the Canadian Space Agency that performs repairs on the outside of the ISS. Dextre’s new vision system will be operated by mission controllers at NASA’s Johnson Space Center in Houston, Texas, or at the CSA’s headquarters in St-Hubert, Quebec, and the images will be available to the public.

It’s not yet exactly known how the system will work in practice, however the use of infrared and LIDAR sensors should allow for much more accurate scans to the outside of the International Space Station.