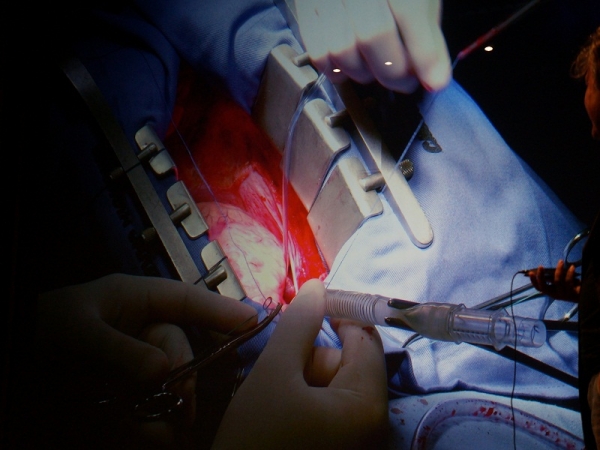 Statins are used all over the world mainly because of its cholesterol-lowering effects. In a new study, however, experts found that it can also cut complications if administered before a heart bypass surgery.

Researchers from the University of Florida and Cleveland Clinic Foundation have discovered that statins such as Zocor and Lipitor reduce an abnormal heart beat pattern known as atrial fibrillation by 58 percent after a coronary artery bypass graft (CABG). Mortality risk after heart surgery also dropped by 43 percent in patients who took statins prior to the operation.

“It appears that taking statins prior to CABG surgery can help protect patients against developing atrial fibrillation, an irregular heartbeat that is a common complication following heart surgery,” said Dr. Islam Y. Elgendy from the University of Florida.

To come up with their findings, the researchers reviewed a total of 21 previous studies from Medline until July 2015.

The exact mechanism why statins show promise in preventive heart surgery is not clear. However, the authors think that the medicine’s anti-inflammatory effect plays a big role.

Heart bypass surgery is an intricate procedure that involves using blood vessels from another part of the body to create a new pathway for blood. This operation is indicated for patients whose heart arteries have narrowed or have been blocked due to different causes.

The authors said that severe cardiac inflammation is a common outcome immediately after a heart bypass surgery. With this, they recommend taking statins perhaps two weeks before the scheduled operation to adequately reduce the risk of inflammation.