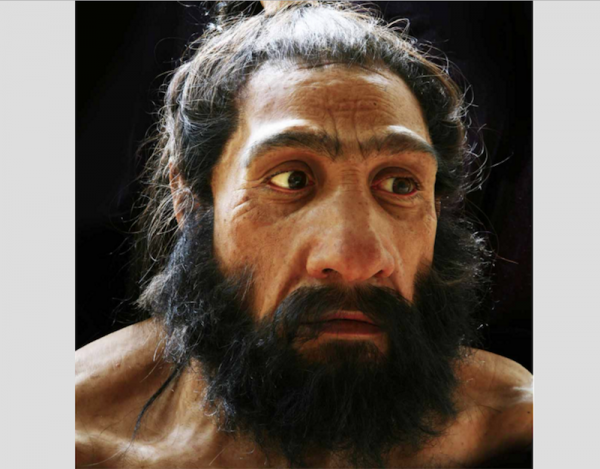 Next time you are afflicted with a bout of hay fever and are casting around for someone to blame, look back — way back, to our extinct Neanderthal cousins, researchers suggest.

Tens of thousands of years ago, interbreeding between modern humans and both Neanderthals and Denisovans — another early cousin species — introduced gene variations that improved our immune systems but may also have left some of us more prone to allergies, new studies suggest.

Spreading out of Africa, early modern humans encountered and interbred with other ancient humans in Europe and Western Asia.

As a result of the interbreeding, about one to six percent of the modern Eurasian genome comes from Neanderthals and Denisovans, researchers report in two studies appearing in The American Journal of Human Genetics.

Some of the Neanderthal DNA in humans alive today may have helped us evolve the immune system that defends us against pathogens, they say.

“The evidence suggests that this genetic region contributes to the immune system of modern day humans,” says Michael Dannemann of the Max Planck Institute for Evolutionary Anthropology in Leipzig, Germany, and an author of one of the studies.

The genes involved help detect and respond to components of bacteria, fungi, parasites and other pathogens.

The Neanderthal inheritance and its effect on the modern immune system may have left some people more prone to allergies, he suggests, although more research will be needed to investigate a possible link.

Researchers in a second study said their findings about the amount of Neanderthal DNA still present today were unexpected.

Many innate immunity genes in modern humans possess higher levels of Neanderthal ancestry than the remainder of the human genome, they say.