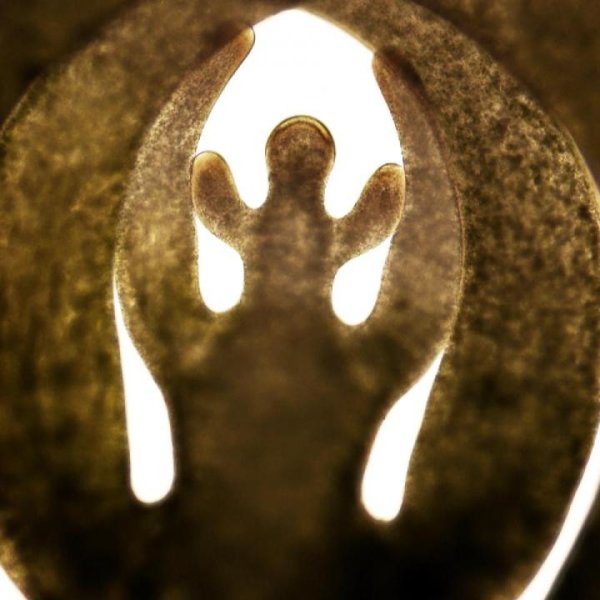 Daniel Chitwood, Ph.D., assistant member, and his research group at the Donald Danforth Plant Science Center’s in St. Louis, in collaboration with the laboratory of Neelima Sinha, Ph.D., at the University of California, Davis, are using the world’s largest single-celled organism, an aquatic alga called Caulerpa taxifolia, to study the nature of structure and form in plants. They have recently reported the results of their work in the online journal, PLOS Genetics.

“Caulerpa is a unique organism,” said Chitwood. “It’s a member of the green algae, which are plants. Remarkably, it’s a single cell that can grow to a length of six to twelve inches. It independently evolved a form that resembles the organs of land plants. A stolon runs along the surface that the cell is growing on and from the stolon arise leaf-like fronds, and root-like holdfasts, which anchor the cell and absorb phosphorus from the substrate. All of these structures are just one cell.”

“For many years, I’ve been interested in structure and form in plants, especially in tomato, which is the land plant that I’ve studied most,” Chitwood continued. “As you might imagine, finding out what determines structure and form in a complex tomato plant is a challenging goal. It’s critical to know how plants grow and develop to provide more tools to improve them and ultimately to make food production more reliable. Multicellularity is an important prerequisite that enables complex architectures in crops. Yet Caulerpa is a plant, too, and independently evolved a land plant-like body plan, but without multicellularity and as a single cell. How does that happen?”

Chitwood and his group reasoned that the structure of Caulerpa might be reflected in the RNA’s present in various parts of the cell. (RNA’s are the molecular products found when genes are expressed or “turned on.”) For example, the frond part of the cell might show different RNA’s from the holdfast part of the cell. When performed on Caulerpa, this type of analysis would also provide insights into the distributions of RNA’s within single cells, a feat normally difficult to achieve because cells in multicellular organisms are so small.

“The result turned out to be even more interesting than we’d hoped,” said Chitwood. “Not only do different parts of the Caulerpa cell show distinctly different RNA’s, but there is also some correlation between RNA’s that are expressed together within different parts of the Caulerpa cell with those expressed together in the multicellular organs of tomato. Even though the lineage that Caulerpa belongs to probably separated from that giving rise to land plants more than 500 million years ago, in many ways Caulerpa displays patterns of RNA accumulation shared with land plants today.”