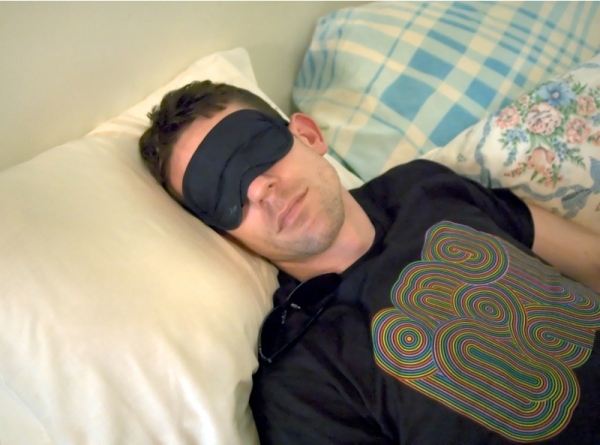 Statins or cholesterol-lowering drugs are often prescribed to fight heart disease. A new study found that they can also help slash a certain cardiovascular risk associated with sleep apnea.

A team of researchers from Columbia University Medical Center detected some of the mechanisms that may raise heart disease risk in sleep apnea patients, as well as the potential role of statins — currently taken by millions of Americans — in helping reverse the process.

The research was published Jan. 6 in the journal Science Translational Medicine.

Affecting over 18 million U.S. adults, sleep apnea occurs when relaxing muscles in the throat during sleep leads to frequent breathing interruptions. This not only disrupts rest but also results in oxygen fluctuations, which in turn causes excess daytime sleepiness and concentration problems.

The team of Dr. Sanja Jelic, associate professor of medicine, investigated sleep apnea as an independent heart disease risk factor because it was unclear how it exactly leads to the disease.

The study recruited 128 individuals involved at the Sleep Disorders Center of CUMC, including 76 diagnosed with obstructive sleep apnea. The team analyzed cells lining their blood vessel walls, or those particularly extracted from their arm veins.

In the study, sleep apnea patients had higher levels of CD59, a protein inhibiting the buildup of inflammatory proteins on the surfaces of cells. The protein, however, was detected mainly in the cells instead of on the cell surface, leading to more inflammatory protein deposits.

Involved here is the frequently interrupted oxygen flow in sleep apnea. “[It] draws CD59 away from the cell surface, where it is better positioned to do its job in protecting cells from inflammation,” said Dr. Jelic in a press release.

In a portion of sleep apnea patients treated with statins, the team noted that CD59 was preserved on the cell surface, where it should rightfully be and similar to subjects who did not have the sleep condition.

Cholesterol also drew CD59 away from the cell surface through endocytosis.

“We were surprised to discover that these commonly prescribed drugs appeared to reverse the process that leads to vascular injury, and ultimately heart disease, in people with sleep apnea,” said Dr. Jelic, who added that statins may be positioned as a primary preventive measure to reduce heart disease risk in this patient group.