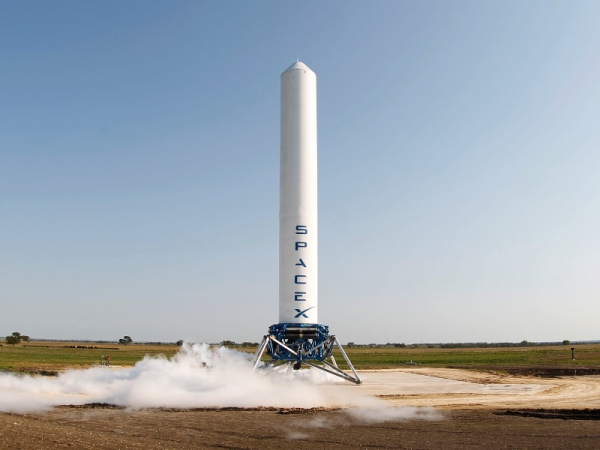 SpaceX recently broke ground by becoming the first company to land an orbital rocket after launching it into space. Now, the company hopes to do the same on a sea-borne drone ship — something it has tried to do twice, yet has failed at both times.

For this launch, SpaceX will be using one of its older rockets, which is what has prompted the change to landing at sea rather than on land. The older rocket is called the Falcon 9 v1.1, a vehicle the company used before it unveiled its new, more powerful Falcon 9.

According to SpaceX, the Falcon 9 v1.1 isn’t as capable as its newer rocket, and landing it at sea will require less fuel than taking it back to the landing pad. This is because rockets launch up from their launch positions, but also away from them. If a rocket was to come back to the landing pad, it would have to travel a long way, both horizontally and vertically.

Of course, landing at sea comes with its own challenges. For one, the drone ship isn’t as stable as the landing pad on Earth simply because of waves. Not only that, but with a successful landing under its belt, SpaceX is under a lot of pressure to get it right.

The mission is scheduled for Jan. 17 and will send the NASA Jason-3 ocean-monitoring satellite into orbit. This time, the launch will be from Vandenberg Air Force Base in California.