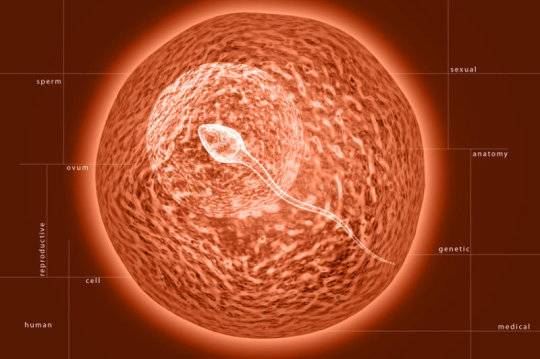 Scientists have puzzled for centuries over how and why multicellular organisms evolved the almost universal trait of using single cells, such as eggs and sperm, to reproduce. Now researchers led by University of Minnesota College of Biological Sciences postdoctoral fellow William Ratcliff and associate professor Michael Travisano have set a big piece of that puzzle into place by applying experimental evolution to transform a single-celled algae into a multicellular one that reproduces by dispersing single cells.

In an article published today in the journal Nature Communications, the researchers described how they produced the multi-celled strain by repeatedly selecting and culturing algae that settled quickly to the bottom of a liquid-filled test tube. After 73 rounds, they discovered that the algae in one of the tubes had gone multicellular.

Observing the new form, Ratcliff and Travisano discovered that it reproduced by actively breaking up, shedding motile single cells that go on to grow into new multicellular clusters. They developed a mathematical model that explained the reproductive benefit of this single-celled strategy over hypothetical alternatives in which the cluster would produce larger propagules. The model predicted that reproduction from single cells would be more successful in the long run. Even though single cells are less likely to survive than larger propagules, this disadvantage is more than made up for by their sheer number.

In collaboration with Matthew Herron and Frank Rosenzweig at the University of Montana, the researchers are now working to find the genetic basis for multicellularity and experimentally evolve even greater multicellular complexity.

“Understanding the origins of biological complexity is one of the biggest challenges in science,” Travisano said. “In this experiment we’ve reordered one of the first steps in the origin of multicellularity, showing that two key evolutionary steps can occur far faster than previously anticipated. Looking forward, we hope to directly investigate the origins of developmental complexity, or how juveniles become adults, using the multicellular organisms that we evolved in the lab.”