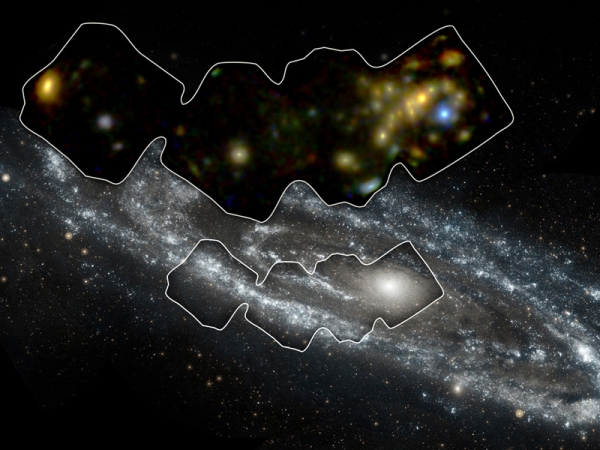 As the nearest spiral galaxy to our Milky Way, the Andromeda is often considered by scientists as our galactic big sister. The massive Andromeda galaxy, or M31, is located around 2.5 million light-years away.

On Tuesday, Jan. 5, NASA released high-quality images of the Andromeda that were captured through the Nuclear Spectroscopic Space Telescope Array (NuSTAR).

The NuSTAR is capable of scanning X-ray emissions with the highest energies which the universe can generate. Because of Andromeda’s relative closeness, the NuSTAR can study the spiral galaxy’s X-ray emissions in fine detail.

How The NuSTAR Discovery Affects Current Knowledge About The Universe

NASA’s observatory in Maryland zoomed in on the Andromeda and observed 40 X-ray binaries. These are intense X-ray sources made up of two stellar objects: either a black hole or a neutron star and a companion star.

As X-ray binaries orbit one another, the star’s plasma is sucked and pulled away by the neutron star or the black hole. Gas from the plasma undergoes intense and rapid heating. This enables the emission of high-energy X-rays.

“Andromeda is the only large spiral galaxy where we can see individual X-ray binaries and study them in detail in an environment like our own,” said Daniel Wik, an assistant research scientist at NASA’s Goddard Space Flight Center.

Wik said their findings will help experts further understand the role of X-ray binaries in the formation and evolution of the universe. These extreme energies may have played a role in heating the intergalactic bath of gas where the first galaxies materialized.

Aside from that, scientists can also study whether X-ray binaries are mainly composed of neutron stars or black holes and how their radiation compares with emissions from more distant galaxies, which are harder to see.