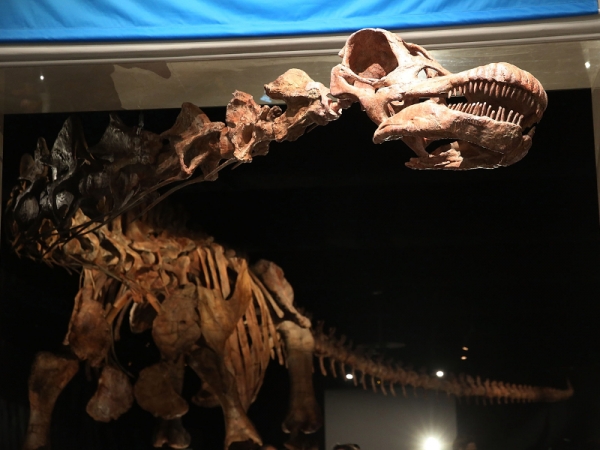 Meet the Titanosaur, one of the world’s biggest dinosaur discovered so far, and currently in display in the United States. The 122-foot-long and 140,000-pound dinosaur was unearthed in Patagonia. Its size is equal to almost 10 African elephants.

The American Museum of Natural History in Manhattan, New York unveiled what may be the world’s biggest dinosaur in an advanced viewing on Thursday. Simply dubbed Titanosaur, the paleontologists who unearthed the giant have not yet found a scientific name for it.

Its full unveiling and launch will be held today. Instead of occupying one room, it is housed in a two rooms that have 19-foot-high ceilings. But the Titanosaur is so big, its 39-foot-long neck still sticks out of the exhibition space, with its head craning beyond the entrance, as if to stare or perhaps greet museum visitors.

“At 122-foot, is just a bit too long for its new home. Instead, its neck and head extend out towards the elevator banks, welcoming visitors to the “dinosaur” floor,” the museum said.