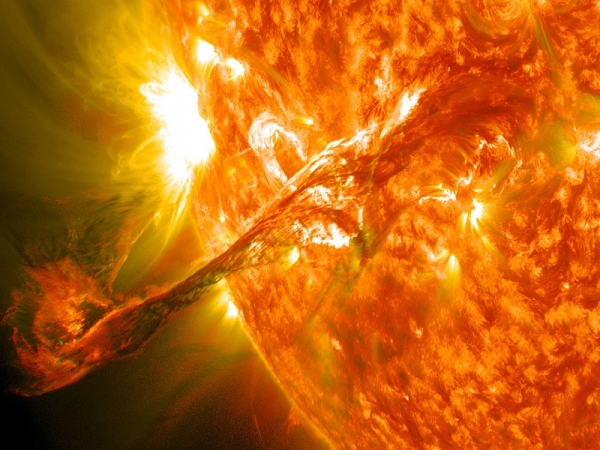 A team of astronomers have learned that one recently developed method for identifying the age of stars needs to be recalibrated, especially for stars older than the sun. With the recalibration, there would be new implications that the Earth’s sun might be on the edge of a transition to a weaker magnetic field.

As stars age, their rotations slow down and by modelling this process, scientists can accurately predict or estimate the age of stars. Dubbed as gyrochronology, this method has been utilized for many years now.

Stars expel mass in the form of stellar wind and this reacts with the star’s magnetic field, creating a brake system on its rotation. However, the researchers, led by astronomer Jennifer van Saders of the Carnegie Institution for Science, found that older stars actually do not slow down like younger stars. This change in deceleration is caused by a shift in the behavior of the aging magnetic field of the star.

The researchers recommend that the method of determining the age of stars should be recalibrated, taking into consideration how stars that are older than the sun spin.

When stars grow older, the computation of their age might change too. This is why the researchers urge that the recalibration of the gyrochronological calculation for stars is important.

“The ability to determine a star’s age is important for improving our understanding of the life cycles of astronomical systems – for cataloging how the star and the objects near it have changed through history and for predicting how they might change in the future,” van Saders said.

“Gyrochronology has the potential to be a very precise method for determining the ages of the average sun-like star, provided we can get the calibrations correct,” she added.