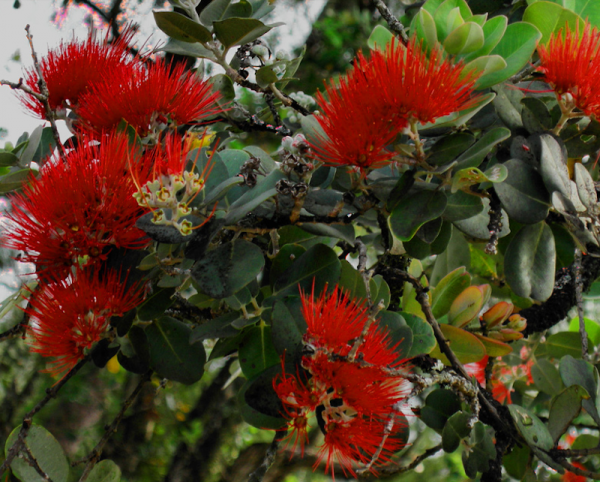 First detected on the Big Island of Hawaii in 2014, the fungal disease has hit half the trees in 6,000 acres of forest, the Hawaii Department of Land and Natural Resources says.

“This disease is new to Hawaii and the strain of fungus infecting ohia has never been described before,” says J.B. Friday at the University of Hawaii.

Large numbers of mature trees in both forests and residential areas in the Puna and Hilo districts of the Big Island have been killed by the pathogen Ceratocystis fimbriata, officials say.

The mortality rate in trees infected with the fungus is around 50 percent, they add.

“While apparently only impacting Big Island forests currently, this has the potential of spreading statewide, so it’s critically important we do everything to stop it,” Friday says.

As a part of mountain watersheds, ohia trees — which cover in excess of a million acres across the state — are considered Hawaii’s most significant forest tree and are vital to the island’s water supplies, experts explain, which makes the battle against the fungus a top priority.

“They (ohia trees) are so important for protecting our forest watersheds that it’s necessary our approach to combating this disease involves the highest levels of government and includes nongovernment agencies and private partners that can provide additional resources and expertise,” the DNLR said in a statement.

The trees are also important as a food source for many species of endangered birds, researchers say.