Skip to content
Wireless communication was a magic to our ancestors but Marconi could initiate it with his wireless telegraph in 1895. Wireless Communication can be classified into three eras.
The first commercial mobile telephone system was launched by BELL in St. Louis, USA, in 1946. Few lucky customers got the services. Early mobile systems used single high power transmitters with analog Frequency Modulation techniques to give coverage up to about 50 miles and hence only limited customers could get the service due to this severe constraints of bandwidth. 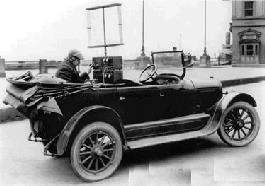 To overcome the constraints of bandwidth scarcity and to give coverage to larger sections, BELL lab introduced the principle of Cellular concept. By frequency reuse technique this method delivered better coverage, better utility of available frequency spectrum and reduced transmitter power. But the established calls are to be handed over between base stations while the phones are on move.
Even though the US based BELL lab introduced the cellular principle, the Nordic countries were the first to introduce cellular services for commercial use with the introduction of the Nordic Mobile Telephone (NMT) in 1981.

All these systems were analog systems, using FDMA technology. They are also known as First Generation (1G) systems. Different systems came into use based on the cellular principle. They are listed below.
Continue Reading – Tutorials Point
Categories: I.T, Q & A, Tech, Technology