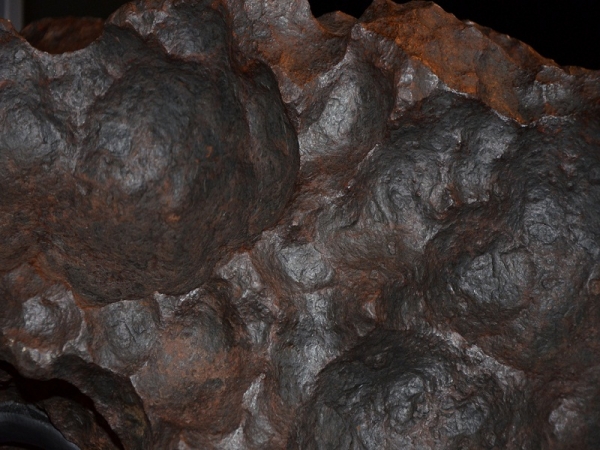 Cabot Guns announced that it will produce pistols made of ancient meteorites that are as old as the Earth. Dubbed as “extra-terrestrial pistols,” the one-of-a-kind guns will be priced at approximately $1 million at an auction in 2016.

The gunmaker plans to produce a pistol set using a chunk of Gibeon meteorite, which crashed to the Earth some 4.5 billion years ago. The meteorite weighs 35 kilograms or 77 pounds and was found in Namibia during the 1830s.

Cabot specializes in making 1911 pistols, which were first invented during the latter part of the 1800s. The U.S. military used these guns for over 80 years as they battle it out in the two World Wars, Vietnam and Korea. Now, the company is looking at making two semi-automatic 1911 style 0.45 caliber guns from the meteorite.

Although working with the space rock is “awe inspiring,” Cabot president and founder Rob BiaNchin admitted that it is not easy to work with it. He even described the process of cutting the meteorite into that of cutting a rare diamond.

Despite the possible difficulties, Cabot has already made two pistol grips from the meteorite. With this, the company is looking more confident to produce an entire gun.

BiaNchin said he and his staff were not sure if it will be possible, but now that they have surpassed the critical phase of production, they are now more certain that their work will turn into a set of functional mirror image guns.

“Building each component has been a science experiment,” he said.

When asked what drives BiaNchin, he said it is the idea that the project has never been done before. He added that Cabot may be regarded as a pistol company that creates products bordering on the artsy side.

Meteor on Earth is rare – harder to find than other precious metals on Earth. BiaNchin said he wants to build a set of guns that are made up of materials that have intrinsic value.

Gibeon is a precious and is said to be priced for its unique patterns of crystallized metal called Widmanstätten lines. The rock is actually a huge chunk of meteorites that is equivalent to tons and tons of iron. On eBay, polished, palm-sized samples are sold for $50 at the minimum.

Cabot has been in the gunmaking business for four years. Among its clients are Kid Rock, Joe Mantegna and Dee Snyder. The firm is located near Pittsburg and is sometimes deemed as the Rolls Royce in the gun making industry.