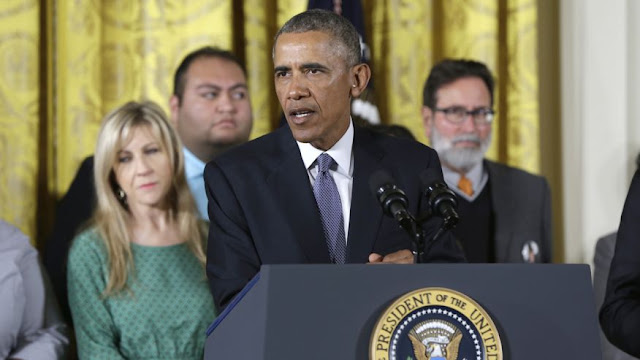 President Obama’s Tuesday tears were of rage and grief over senseless deaths. Perhaps he should have welled up in frustration with the potent passivity of millions of Americans who claim to support gun control.

The White House stagecraft was fitting, if predictable, with families of victims encircling him, as they have before. But he could have noted how the neighborhoods in which some of them live, where gun violence is a shameful fixture, tend to be those that are politically powerless.

Obama derides the “gun lobby” but never concedes the role of the low-decibel majority that tells pollsters it wants more background checks and other restrictions. They’re really not very vocal. It helps explain why heavy-spending gun control advocates such as former New York Mayor Michael Bloomberg have failed to turn mainstream support into anything resembling a coherent, effective political force.

I am sure that virtually everybody on my block of nice, single family homes in Chicago supports gun control. But the issue is abstract for most, since gun violence impacts precious few in a dominantly white, middle-class area. The national caricature aside, Chicago’s notoriously high murder rate plays out many miles away, by and large in impoverished, isolated, segregated neighborhoods.

If gun control advocates couldn’t rally to pass an assault weapons ban, when will they ever succeed? If they couldn’t scare their elected representatives silly after the Sandy Hook Elementary School massacre, when will a more propitious time ever come?

Few politicians will do much of anything if not clearly supported by organizations and constituents. Things are so bad now that one friend of mine, a gun control advocate, jests that his only hope is that pro-gun voters in open carry states such as Texas “extinguish each other and sanity prevails again through a form of natural selection.”

But if we really do seem to act stupidly with some frequency, is there an explanation linked to how our actual brains are wired?

Both before and after Obama spoke, I tracked down Rick Shenkman, a journalist-historian who runs the History News Network, a neat website that seeks to imbue news with historical context. It’s been hosted by George Mason University in Virginia, though Seattle-based Shenkman is planning to move it elsewhere soon.