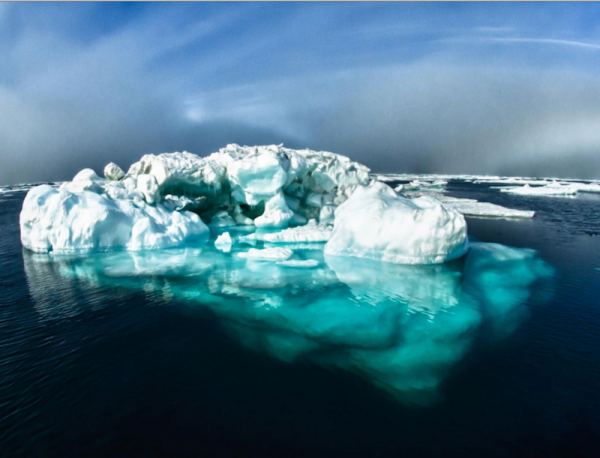 Giant icebergs breaking off from ice sheets in Antarctica — once thought another sign of global warming — may in fact be helping hold climate change at bay as they melt, researchers say.

These giant icebergs, some as large as cities or even small countries — one that split off an Antarctic glacier in 2013 was the size of Singapore — can release nutrients into the ocean waters as they float and melt, triggering huge plankton blooms that can absorb a significant percentage of the carbon in the carbon cycle of the Southern Ocean, they say.

Satellite imagery has proved that as the giant slabs of floating ice melt, they leave behind great swathes of nutrients, in a process known as “ocean fertilization.”

Those nutrients include things like iron, scraped up from land as glaciers slowly move across it and end up in the icebergs that split off as the glaciers reach the sea.

The finding came out of analyzing images of 17 examples of the giant icebergs often seen in the Southern Ocean, researchers report in the journal Nature Geoscience.

“It was a big surprise,” says research team member Grant Bigg, an oceanography expert at the University of Sheffield in Britain.

“When you look at the giant icebergs, the influence of these meltwater nutrients is actually four to 10 times as large as we would have expected from looking at the ordinary sized icebergs,” he says.

The nutrient-rich plume of the icebergs, some of which can be more than 10 miles across, can stretch for more than 600 miles, the researchers say.