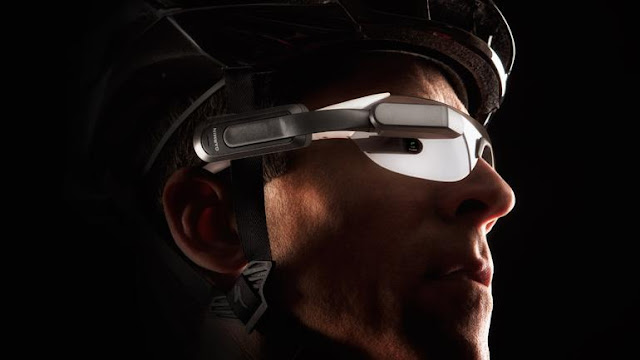 It looks like the Google Glass of cycling has arrived: GPS heavyweight Garmin has released a sleek, visor wrap-like headset and connected glove piece that keep bicyclists updated on their riding stats and can alert them of potential dangers on the road, like approaching traffic.

Showcased at CES this week, the product is the latest in a line of “smart devices” for bike riding, which include a bike radar system and connected smart lights. And while both the Varia Vision and the Varia Rearview Bike Radar have the same traffic function, the Varia Vision is more of an upgrade, using stronger visual cues.

Weighing in at 29.7 grams, or just over an ounce, the lustrous-looking, contemporary weatherproof eyepiece comes equipped with an ambient light sensor to help preserve the device’s battery life (which goes up to eight hours), and can let users keep tabs on their performance with a sidebar that records the data. It attaches to the rider’s sunglasses. 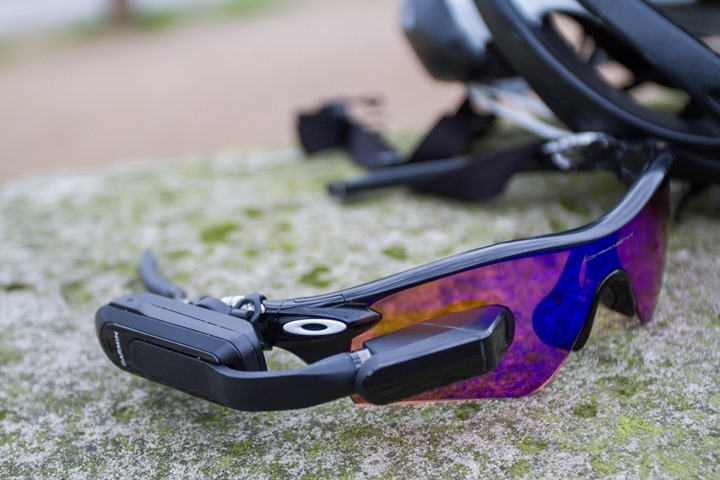 “We’re extremely excited to announce the next device in our line of innovative Varia cycling awareness products — the Varia Vision in-sight display,” said Garmin VP of worldwide sales Dan Bartel in a press release issued by the company. “Cyclists can now easily view their data and receive alerts during a ride without needing to take their eyes off the road ahead.”

Available for $399, Varia Vision will begin shipping in the first quarter of this year. When the wearable is paired with Varia’s rearview radar system, Varia Vision also can warn users of traffic approaching from behind. If Varia Vision is connected with a compatible Garmin Edge GPS-enabled bike computer, riders can see data screens to easily view performance stats and turn-by-turn prompts for directions. 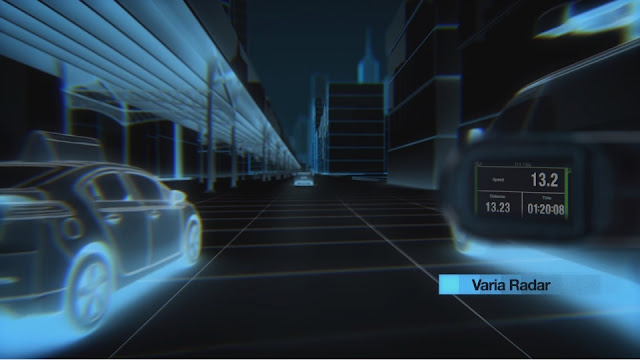