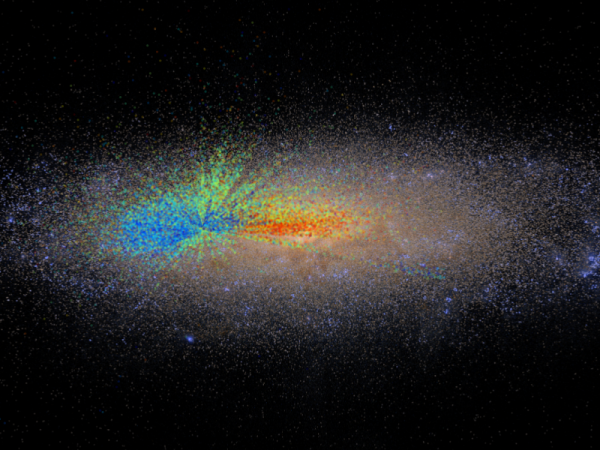 An international team of researchers has produced the first comprehensive age map of the Milky Way that shows how the galaxy evolved over the course of billions of years.

In a presentation held during the 227th conference of the American Astronomical Society (AAS), Melissa Ness, a researcher from the Max Planck Institute in Germany, described how she and her colleagues were able to create the age map of the galaxy after studying the stars that comprise it.

The researchers believe that the age of red giant stars can be determined based on their masses and composition. Using this theory, they discovered that older stars in the Milky Way can often be found near the center of the galaxy, while younger stars tend to form around the edges of its disk.

Ness said that the location of the stars in the Milky Way is important to understanding how the spiral galaxy was formed.

In order to study the spectra, or light, from the red giant stars, Ness and her team made use of the Sloan Digital Sky Survey (SDSS), which measures a section of the sky using a spectroscope and multi-filter imaging. They then used the data they collected to create the age map of the Milky Way.

“Measuring the individual ages of stars from their spectra and combining them with chemical information offers the most powerful constraints in the galaxy,” Ness said.

Determining The Age Of Red Giant Stars In The Milky Way

The Milky Way is well-known for its characteristic spiral arms, which can be seen as a flattened disk consisting of stars and space dust. By sorting out the individual stars in the galaxy based on their age, researchers can get a better understanding on how the Milky Way evolved as a whole.

The researchers were able to do this by examining the link between the age and mass of bright, red giant stars found in the galaxy.