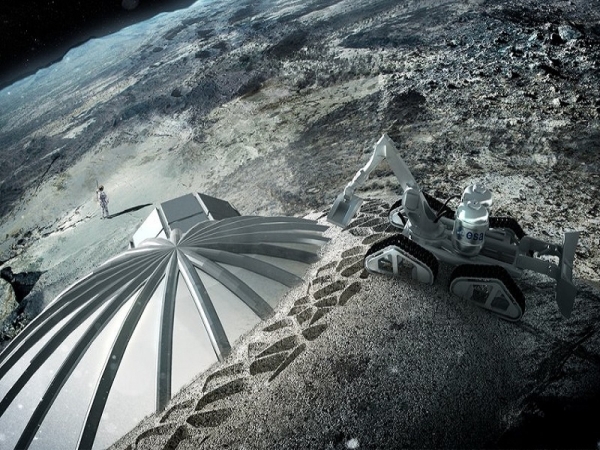 Will astronauts be living on the moon by 2030? The European Space Agency announced its plan to build a 3D-printed lunar village in around 15 years in an international conference at the European Space Research and Technology Center in Noordwijk, Netherlands.

In the conference atended by more than 200 scientists, industry experts and engineers, the agency revealed that villages on the moon will be built by large 3D printers and manned by astronauts, and that construction of this lunar base could start in five years.

This lunar base, which will be permanently built on the moon, is designed to replace the International Space Station (ISS). 3D technology used will create permanent structures from the lunar soil, dubbed as lunar regolith.

If the program is successful, it will be the first permanent settlement for humans in space land that can help in future experiments, studies and space exploration. It can also serve as a springboard for human exploration of the solar system with Mars as its target study focus.

Comeback To The Moon

European space planners envision a battery of human missions to the moon starting in the early 2020s in preparation for their planned human settlement. The plan will include the coordination between humans and robots on the moon. As planned, robots will arrive on the moon first to allow for human explorers to land on the moon in a later time.

In the symposium titled, “Moon 2020-2030 – A New Era of Coordinated Human and Robotic Exploration,” it was said that the lunar base mission will shed light on not only lunar exploration but also researches on the solar system and probably deep space in the future.

“The message would entail how lunar exploration can be implemented as a sustainable international endeavor, building on past successes and enabled by new partnerships,” Markus Landgraf, a symposium organizer and a space architecture analyst for the European Space Agency said.

In fact, ESA is already a part of a critical effort to develop human space-transportation systems for series of missions beyond low-Earth orbit. With the lunar base plan, this endeavor could help in making it a successor to the ISS.