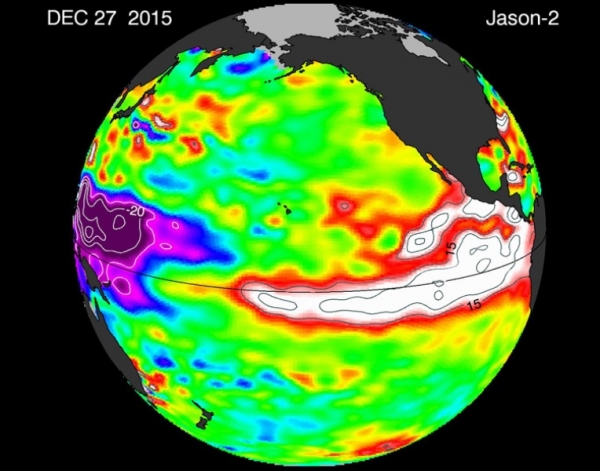 Aid agencies have warned against increasing threats of hunger, disease, and war in 2016 with the strongest El Niño weather cycle on record.

The natural weather event, which helped seal 2015’s position as the world’s warmest year, is set to worsen droughts in certain areas and flooding in others.

Africa will be hard hit with about 31 million hounded by food shortage, and one-third situated in Ethiopia where 10.2 million are estimated to require humanitarian help.

While food insecurity in Africa is expected to be at its peak in February, regions that include Central and South America and the Caribbean will experience El Niño in the coming six months.

University of Reading Dr. Nick Klingaman said, depending on measurements, this will be the strongest El Niño on record books.

“In a lot of tropical countries we are seeing big reductions in rainfall of the order of 20-30 percent,” he said, citing Indonesia’s bad case of drought, Indian monsoon being 15 percent below normal, and forecasted reduced monsoons for Brazil and Australia.

The current El Niño is the most forceful since 1998, anticipated to be one of the three most powerful ever. The World Meteorological Organization said that the peak three-month average surface temperatures of water in tropical Pacific regions, for instance, are projected to exceed 2 degrees Celsius (35 degrees Fahrenheit) above normal.

No Signs Of Waning

NASA warned that this current brewing in the Pacific has no signs of letting up, as viewed from the latest satellite image from the Jason-2 mission.

The latest image maintains a “striking resemblance” to one from December in 1997 by Jason-2’s predecessor during the last massive El Niño event – both reflecting the classic pattern of a completely developed El Niño.