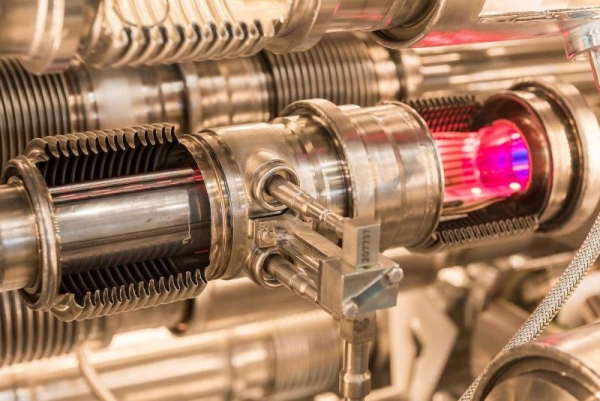 Scientists at the European Organization for Nuclear Research are currently exploring the feasibility of a 100 tera-electron-volt (TeV) particle accelerator through a new cooling design scheme that could slash the cost of cooling machines in the future.

The 100 TeV collider will produce seven times the energy per collision that of the Large Hadron Collider, as well as maintain a circumference almost four times more and radiate a thousand times more power – a never-before-seen amount of heat.

As cooling the future collider will be too expensive via current techniques, a new cooling scheme from CERN’s Roberto Cimino proposed substantially less energy use, and therefore more manageable costs.

The 17-mile-long LHC is the biggest and most potent particle collider in the world today. It was created to explore the massive and unknown “dark universe.”

A TeV, a unit of energy in particle physics, has about the energy of motion of a flying mosquito. The LHC is considered extraordinary because it squeezes energy into a space that is around a million times smaller than a mosquito.

Studying extreme energy is deemed crucial in better understanding how the universe came to be post-Big Bang.

University of Copenhagen researchers who are part of CERN’s study explained that the Universe was once composed of a dense hot mix of fundamental particles known as gluons and quarks – a state known as the quark-gluon-plasma.

A millionth of a second after the Big Bang happened, the QGP began fusing together to form bulk matter as well as other particles. Researchers believed that the fusion emerged from a strong nuclear force enabling the binding of the quarks.