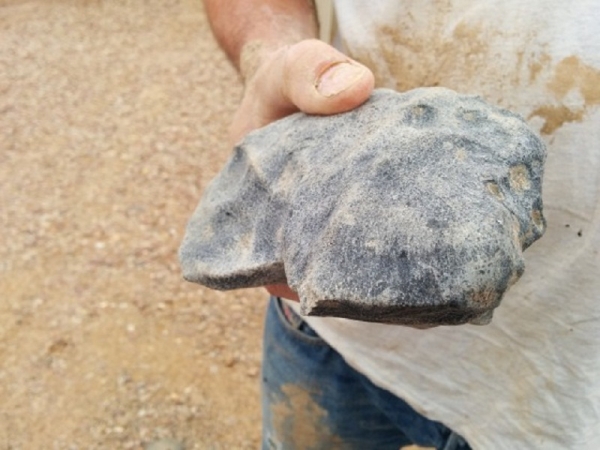 Underestimating plain-looking things is not a good practice as it may come laughing back at us once its true value has been realized. Such may be the case of a seemingly insignificant rock recently discovered.

The fallen meteorite unearthed by Curtin University scientists in Australia on New Year’s Eve may look ordinary, but it may actually solve the mystery of how the universe was formed.

A new system of cameras by Desert Fireball Network (DFN) has recently been installed across the William Creek, Mount Barry, Billa Kalina and Wilpoorina. For its first major feat, it was able to capture a meteorite crashing to the Earth on Nov. 27, 2015. Some locals also witnessed the event, catapulting scientists to excitement.

The team members of DFN, whose main goal is to determine where meteorites came from in the solar system, started working to pinpoint the exact fall site. They analyzed the images and performed dynamic calculations to do just that.

After the analytic process, the researchers then set out to Kati Thanda-Lake Eyre to get their hands on the meteorite. The retrieval operation lasted for three days and involved range of strategic tools such as an aerial spotter, two lake surface searchers, a remotely operated drone and some help from Arabana men Dean Stuart and Dave Strangways, who are locals in the area.

“It was an amazing team effort – we got there by the skin of our teeth,” says team leader Phil Bland, a planetary geologist.

Moments before the team spotted the meteorite, they started feeling depressed, thinking they could never find their subject, says Bland. Just then, a team member heard someone from the plane saying, “I’ve seen it, I’ve seen it.”

The next thing they know, they were digging a hole in the muddy lake bed. Bland hand-dug a deep hole that reached 42 centimeters in depth before the glorious meteorite surfaced. Good thing they were able to finish hollowing the ground hours before a heavy downpour wiped the traces of the rock away.